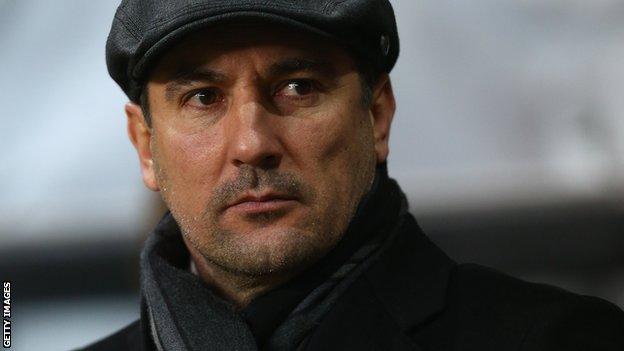 Croatia, who are level with World Cup qualifying Group A leaders Belgium, are without suspended playmaker Luka Modric and defender Vedran Corluka.

Summer draws against Ukraine in 2009 and Macedonia in 1999 derailed Croatian hopes of reaching major finals.

"This is a critical time in the qualifiers and one of which we have no fond memories," said Stimac.

"Two of my predecessors failed to qualify for major events in the past after slip-ups in June,"

Croatia, currently ranked fourth in the world, have reached seven of nine major tournaments since they gained independence in 1991.

They failed to qualify for Euro 2000 under Miroslav Blazevic and the 2010 World Cup with Slaven Bilic at the helm.

Scotland are missing a host of players and are already out of the running with just two points from six games, but Stimac expects a tough match in Zagreb.

"We have also not beaten Scotland in three meetings so far and there is little doubt they are coming here devoid of any pressure to get a result but determined to stage an upset, which would give them a chance to avoid being among the bottom-seeded teams in future qualifying campaigns," he explained.

"We have to stay fully focused in order to take the three points many of our fans have chalked up already, which is what makes games like this very difficult."

Modric and Corluka are two of Croatia's most experienced players but Stimac believes his squad is well equipped to deal with their absence.

"Gordon Schildenfeld has had a great season with PAOK Salonika and will definitely start at the back, while a plethora of players, led by Milan Badelj and Mateo Kovacic, can stand in for Modric," he said.