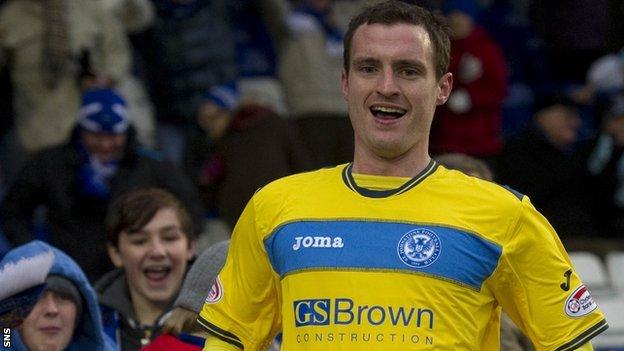 The former Dundee United wide player is now under contract with the Scottish Premier League side until January.

Robertson, 26, suffered a premature end to last season when he broke his leg in November.

"I'm working hard over the summer and having this deal through to January gives me a bit of stability," he told the club's official website.

"Things have been going well and I was doing some light training with the boys before the end of the season.

"It's up to me now to make an impact and prove to the club that I'm worth keeping beyond then," he added.