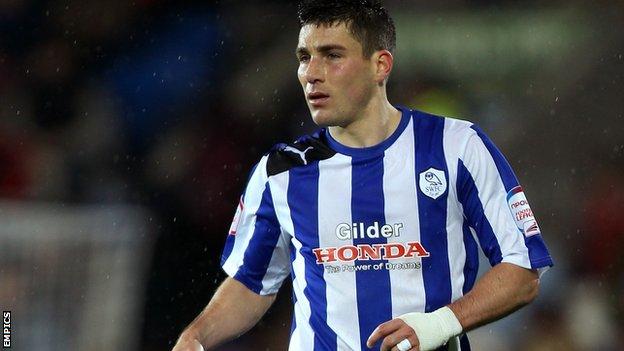 The 29-year-old signed a new two-year deal with the Owls last week after helping them retain their Championship status on the final day of the season.

He told BBC Radio Sheffield: "My goal as a player is to get to the Premier League and that is Wednesday's goal.

"Hopefully we can keep the players together that we had at the end of last season," he added,

"It's tough to come up with any predictions at the moment because we had a lot of loan players in the team last season.

"Depending on who we can bring in, hopefully we can challenge for the play-offs."

Buxton has made 152 league appearances for Wednesday since joining permanently from Stoke in January 2009.

He says he had no interest in going anywhere else this summer.

"I enjoy my football here and I think that's the main thing," he said.

"People move all over the country and all footballers are prepared for that, but I'm happy to stay here.

"There was a bit of interest from elsewhere but as soon as Wednesday said they were offering me a new deal that was all I wanted."