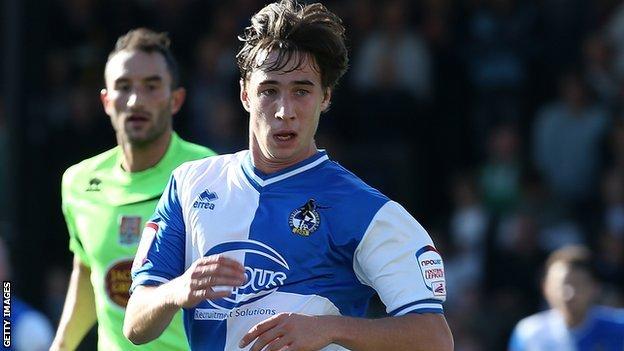 Fabian Broghammer is staying at Bristol Rovers after taking up an option to extend his contract for a further year.

The 23-year-old winger made 38 appearances after arriving from the regional German leagues last summer.

"Fabian enjoyed it but found it tough. He's certainly got talent and has got something exciting, so hopefully he can reproduce that."

Midfielder Jordan Goddard, 20, has also signed an extension for the 2013-14 season, having come through Rovers' youth system.

He made his first senior appearance for Rovers in the FA Cup tie against Corby Town in November 2011 and went on to have a loan spell at Gloucester City.

"We're getting things organised and back together," added Ward.

"When the pre-season starts we might see if we can get a couple of loans in to strengthen it up a bit, but I'm quite happy with the way things have gone so far."