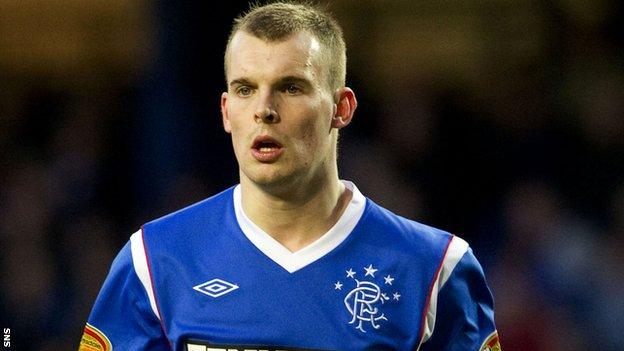 Wylde had two years remaining on his Bolton contract but negotiated an early release after failing to make a single first team appearance.

A product of the Rangers youth system, the 22-year-old spent three seasons at Ibrox, featuring 38 times, before his voluntary departure in March 2011.

He was allowed to leave as the Ibrox club went into administration.

The Scotland U21 international had to wait over a month for Fifa clearance as he became a free agent after the closure of the January transfer window.

And he remained on the sidelines as Bolton were relegated to the Championship.

Wylde failed to break into the side last season and was shipped out on loan to Bury, where he played seven games.

A January loan switch to Hibernian was mooted but failed to materialise.