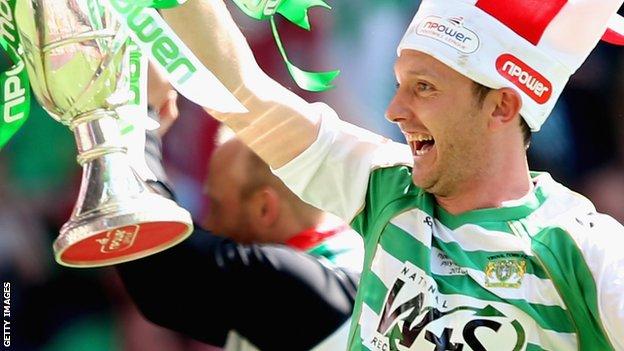 Gavin Williams has been released by Championship-bound Yeovil Town, along with fellow midfielder Dominic Blizzard and defender Richard Hinds.

Former Wales international Williams, 32, rejoined the Glovers for a fourth spell in 2011 and has made a total of 182 appearances for the club.

Blizzard, 29, has spent the last two seasons at Huish Park having arrived from Bristol Rovers.

Hinds, 32, leaves Yeovil after 18 months and 42 appearances for the club.

Yeovil secured promotion to English football's second tier for the first time in their history with a Wembley play-off final victory over Brentford in May.