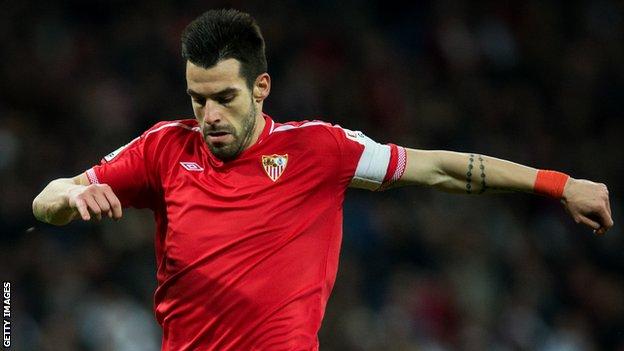 West Ham have had a £14.5m bid for Sevilla striker Alvaro Negredo rejected, according to the Spanish club's president.

Jose Maria Del Nido said Sevilla were under no pressure to sell, having already agreed a £17m-plus deal with Manchester City for winger Jesus Navas.

"West Ham offered 17m (euros) with more in incentives but we do not value the offer and the player refused," he said.

At a news conference, Del Nido added: "He has four years left on his contract.

"He is at home here. He has scored a lot of goals and delighted us with his football."

However, he said the deal for 27-year-old Navas was "a great deal for both parties".

Sevilla finished the season ninth in La Liga but qualified for the Europa League because of European competition bans imposed on Malaga and Rayo Vallecano.