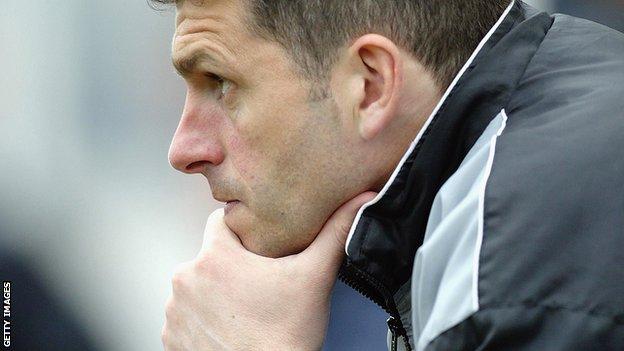 Conference Premier side Macclesfield Town have appointed John Askey as their first-team manager for a second time.

Askey, who was formerly youth-team boss, will be assisted by Efe Sodje, who played for the Silkmen early in his career and

Previous manager Steve King was after failing to guide the team into the play-offs last season.

was among the candidates linked with the vacancy at the Moss Rose.

In 1997, Nigeria international defender Efe Sodje scored Macclesfield's first goal in the Football League in a 2-1 home win against Torquay

But Askey, who achieved legendary status as a Macclesfield player by scoring more than 150 goals for the club, has been handed the role for the second time in his career. This is despite losing four and winning only one of his five games after being placed in temporary charge at the end of last term.

The 48-year-old had a five-month stint in charge of the Silkmen during the 2003-04 season, winning seven of his 27 matches.

Sodje, 40, was one of 16 players released by Bury last month, ending his five-year stay at Gigg Lane.

shortly after ending their 15-year stay in the Football League.

They eventually who went on to win the competition, and finished 11th in the final league table.