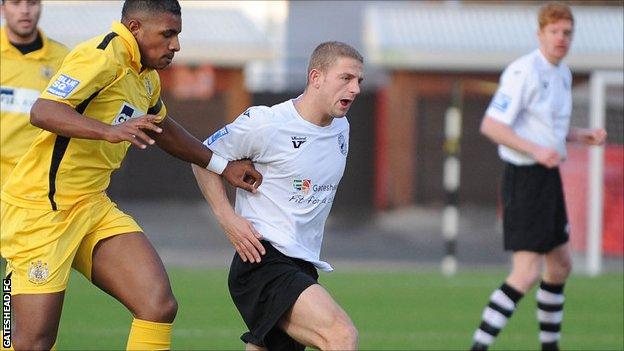 Gateshead have re-signed defender Craig Baxter after a season with Northern League side Bedlington Terriers.

The 26-year-old was released at the end of the 2011-12 season by former boss Ian Bogie, with 269 appearances to his name at the International Stadium.

"It's great to be back," Baxter told the club website.

"It was disappointing to be released by Gateshead in 2012 and you don't often get the chance to rejoin a club after only one year away."

No precise details of the new contract have been issued by the club.