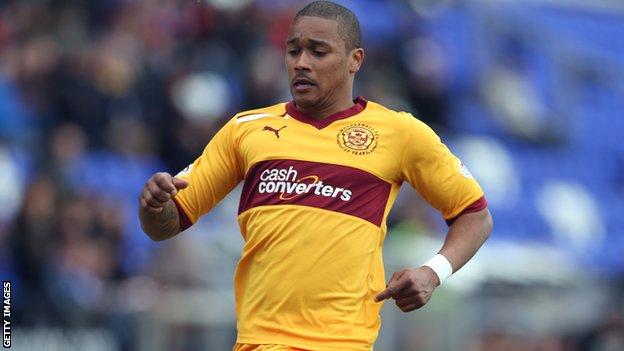 Chris Humphrey will join Preston on a two-year deal on 1 July after rejecting the chance to remain with Scottish Premier League club Motherwell.

The 25-year-old winger revealed to BBC Radio Lancashire he turned down an offer from Rangers to sign for the English League One side.

"Rangers are a massive club but I've done four years up here and I felt it was right to move on," said Humphrey.

"It was time for me to have a new challenge somewhere else."

He continued: "Also, I can be closer to my family. I've been away from them for four years now. I went through a bit of a rough patch when I first moved to Motherwell but they were fantastic throughout that.

Chris Humphrey and Marlon King were banned from playing for the Jamaican national team last year after breaking curfew rules.

"I've got nothing but great things to say about the club and it will be sad to leave, but it's time for me to push on and try to achieve another goal of mine which is to move down south and win promotion."

Humphrey becomes North End's second confirmed signing of the summer, joining who has agreed a free transfer to Deepdale after being released by Huddersfield Town.