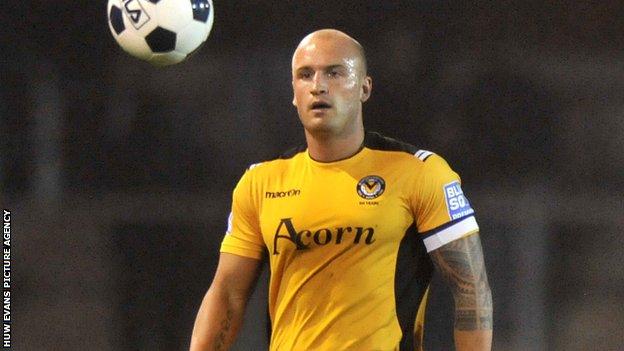 Newport County captain David Pipe insists the players who gained promotion will get their chance in League Two.

Pipe is among a number of last season's squad who have re-signed ahead of a new campaign in the Football League.

Manager Justin Edinburgh's is expected to reveal new signings this week but Pipe said there would be no major squad overhaul.

"You've got to add to the squad to progress," he said.

"But there's not going to be a massive revamp - the gaffer's [Edinburgh] told me.

"He's spoken publically that the core of us will stay and he will build around that.

"Looking back at the last 12 to 15 games I think he's very right in saying so because we're a very strong unit."

Pipe captained Newport to a 2-0 win over Wrexham in the Conference play-off final at Wembley that secured promotion to the Football League.

The former Wales international has signed a new contract with the Exiles along with other key members of the promotion winning squad.