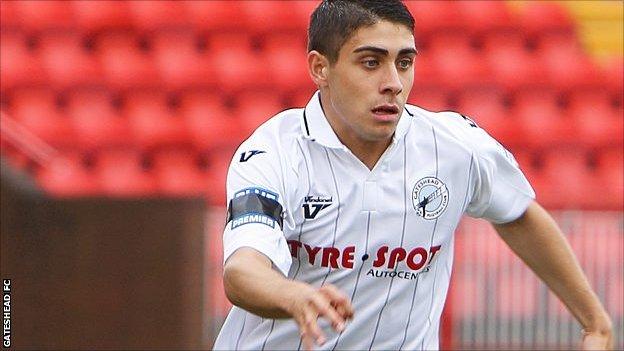 The 22-year-old was prolific last term, scoring 15 goals in 45 games for the Tynesiders, and made his international debut against Belgium last September.

"We want to pay X, Gateshead are holding out for Y, he's desperate to come," Abbott told BBC Radio Cumbria.

"If we can't agree on a deal then it may go down to a tribunal."

Prior to joining Gateshead, Gillies was an FA Vase winner with Whitley Bay and had spells at Blyth Spartans, Newcastle Blue Star and Sunderland Nissan.