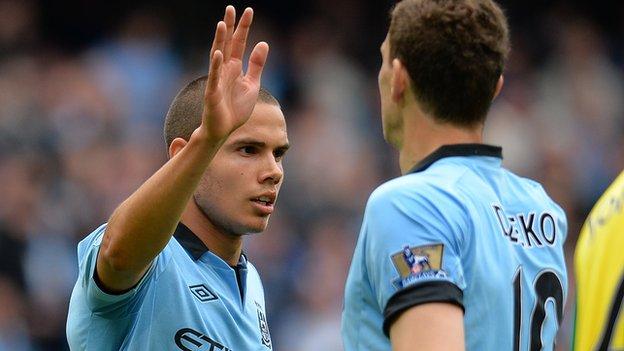 The three-year arrangement will see Black Aces, based in the Mpumalanga province, become City's "official regional school of football partner".

As part of the deal, the English Premier League side will help coach local South African children.

And the Black Aces Academy sides will get the chance to play in Manchester.

The programme will follow the same training techniques and philosophies of the City first team, and City will also set up a coach education programme at the club.

Patrick Vieira, head of City's elite development squad, "It's a privilege for Manchester City to be part of South Africa's youth football development by passing on our expertise to the Black Aces coaches, at a time when the country is fast becoming a force in world football.

"Through shared learning, both clubs can work together in order to provide children with a holistic football experience that places equal importance on football and education."

City are also due to visit South Africa as part of their pre-season programme this summer, playing two games in July.

The partnership adds to City's other international projects such as the launch of a New York-based team in Major League Soccer and the successful establishment of an Academy in Abu Dhabi.