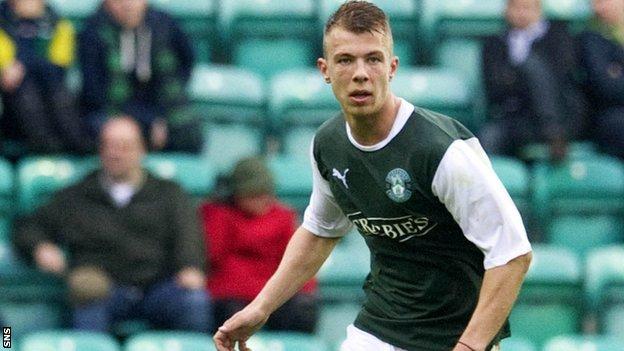 The 19-year-old centre-back made his first team debut in the Edinburgh derby win over Hearts in May.

And Forster started the Scottish Cup final later that month, with captain James McPake ruled out through injury.

"The past couple of months has been absolutely unbelievable for me and I can't wait to kick on and progress even further next season," he said.

"It just goes to show that if you work hard then you do get your rewards - I went from being a long way from a first-team start to playing in an Edinburgh derby and a Scottish Cup final.

"Alex Harris, Jordon, Danny Handling and Ross Caldwell all made contributions to the first team during the final few months of last season.

"Their progress will inspire other young players to try to do something similar and hopefully help them to recognise that when they're given a chance they need to seize their opportunity."