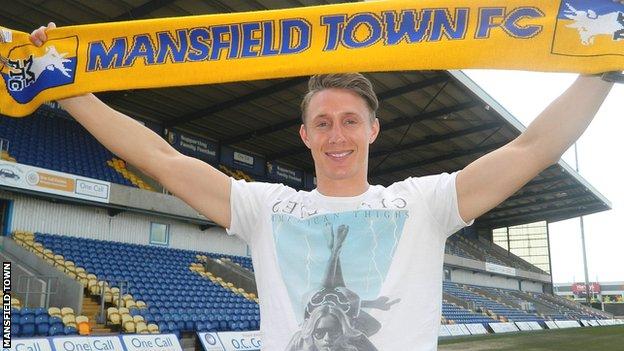 The 26-year-old old made 30 appearances for the Stags in 2011-12 after before moving to Wales the following summer.

Riley said: "I spoke to a few clubs in the league about the possibility of joining them, but Mansfield was the only club I wanted to come to.

"The manager, players and fans know me and I know them, which all helps."

Riley was part of the Mansfield team which missed out on promotion from the Conference Premier two years ago as the Stags lost to York in the play-off semi-finals.

He also suffered heartache last season as Wrexham were beaten by neighbours Newport in the play-off final.