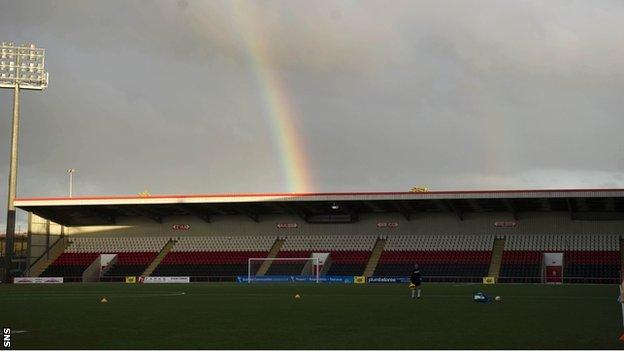 Airdrie United will revert to their traditional name of Airdrieonians when the fixture lists appear for the new Division Two season.

The club announced the decision on their website and say they have been given clearance by the Scottish FA and Scottish Football League.

Airdrie United was adopted after the old club went into liquidation in 2002.

They continued in the SFL after a buy-out of ailing rivals Clydebank and continued to play at Excelsior Stadium.

With all the recent changes and subsequent rulings, it paved the way for us to make the move

Chairman Jim Ballantyne, who has been in charge since the new club was formed, explained on the club website how reverting back to the original name was possible.

"When the old company went into liquidation, it was in a different football environment and the use of the name was not possible at that time," he said.

"With all the recent changes, however, and subsequent rulings, it paved the way for us to make the move and therefore we set the wheels in motion.

"It was actually raised at a fans' meeting a few months ago, but we could not give too much away as there was still much work to be done.

"However, with the support of last year's club sponsors, E & A Heating Ltd, we were able to progress matters to a conclusion and formal SFA clearance was finally granted at the recent meeting of the professional game board."

The club, who were relegated from Division One this season, say the Airdrieonians name will be adopted from 1 June.