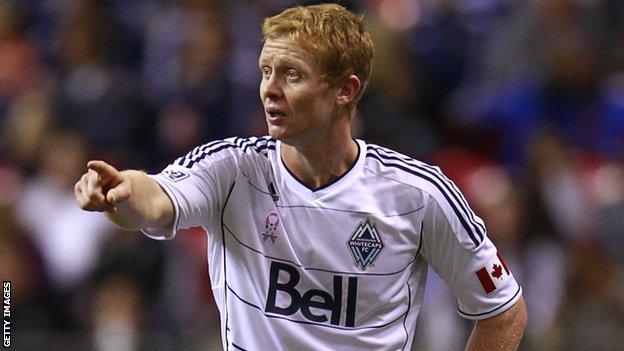 Barry Robson says with conviction that it is a dream come true to have finally joined hometown club Aberdeen.

The Dons have confirmed that the 34-year-old has

"I think it's something I have always wanted to do," the midfielder told Aberdeen's website.

"It's something my family have always wanted me to do and I am very privileged to be able to join now."

Robson becomes Aberdeen's second signing of the summer and will join up with , as Derek McInnes looks to rebuild a side that finished a disappointing eighth place in the Scottish Premier League.

"I know how big a club this is," said Robson.

"I know how good a club it is and it's always a club I wanted to play for and I am just glad I am getting the opportunity to do that."

The opportunity has come late in the career for the Inverurie-born former Scotland international after a career with Inverness Caledonian Thistle, Dundee United, Celtic Middlesbrough and Vancouver Whitecaps before ending last season with the Blades.

McInnes, though, and assistant Tony Doherty believe Robson still has plenty to offer.

"Barry is a player I know well and, having been a team-mate of his, I can see the same hunger and determination within him as he had when I played alongside him," he said.

"It's clear to see he has retained a high level of performance.

"Both Tony and I have watched him recently and have only had good reports about his performances for Sheffield United.

"We still feel he has that winning mentality and is someone who can bring some real quality to the team.

"We're delighted to have him on board and, as a local boy, I'm sure he is looking forward to playing for his home-town team."