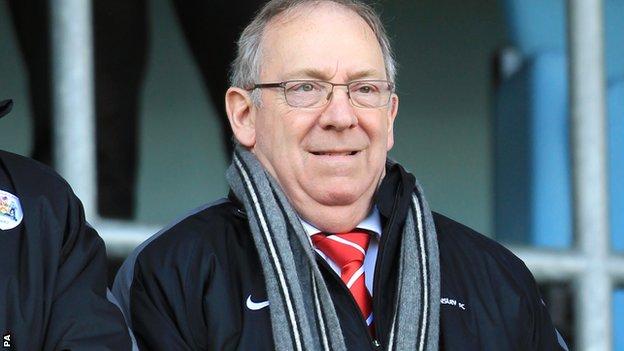 The 70-year-old will leave his position at the end of June after nine years working for the Championship club.

"I have thoroughly enjoyed my time here," he told the club's website.

"I have particularly enjoyed working with [owner] Patrick Cryne, but as his involvement has gradually diminished I think the timing is now right."

Don has been the unsung hero at the club

Initially brought to the club as general manager in 2004, Rowing has increasingly become the public face of the Yorkshire side since Gordon Shepherd retired as chairman in 2008.

Since then he has been part of a two-man board containing only him and former Football Association Vice President Barry Taylor.

"Don has been the unsung hero at the club," Barnsley owner Patrick Cryne added. "In his position you draw fire for all the poor decisions made within the club, but get little credit for the good work done.

"His workload has always been phenomenal and yet he has discharged it completely. I regard him as a good friend and wish him a long and fruitful retirement."