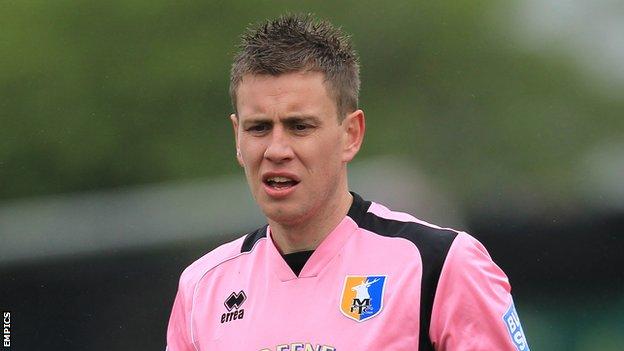 Mansfield goalkeeper Alan Marriott has signed a one-year deal after the Stags activated an option in his contract.

The 35-year-old made 37 league appearances last season as Mansfield secured promotion to League Two as champions of the Conference Premier.

He is the club's joint-longest serving player having signed on the same day as Louis Briscoe in January 2009.

"I've enjoyed my time here thoroughly and I've got a great relationship with the fans," he told the club website.

"Next season is going to be a big test for everyone, but with the squad we've got I don't think there's a massive difference between us and the teams already in the league."