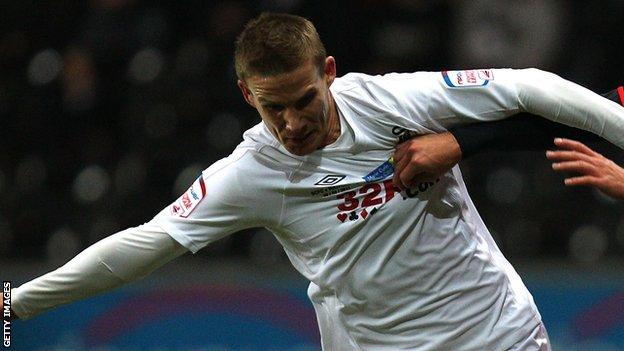 Charlton have signed midfielder Mark Gower after his contract with Swansea City was terminated last month.

The 34-year-old, who spent the final month of last season on-loan at the Valley, has agreed a one-year deal.

"Mark made a real impact in the final few games whilst on loan," manager Chris Powell told the club's website.

"He's a player I have had my eye on for a while. He offers good experience, is a good user of the ball and adds to the competition for places in midfield."

After beginning his career at Tottenham, the London-born midfielder had a brief loan stint at Motherwell before leaving for Barnet.

Gower then spent five years at Southend where he was primarily used as a winger.

He joined Swansea in 2008 and was converted into a central midfield player, making 145 appearances and being part of the squad that won promotion to the Premier League in 2011.

But since Michael Laudrup's appointment as manager, he has played in just three games, the last being a League Cup tie against Crawley last September.

He is Charlton's first new signing of the summer, but Andy Hughes, Dorian Dervite and Callum Harriott have all signed new contracts.