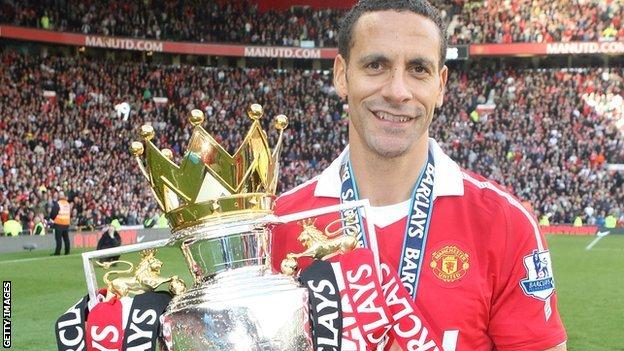 Manchester United will face Sevilla in a testimonial at Old Trafford for defender Rio Ferdinand on 9 August.

Ferdinand, 34, made his United debut against Hungarian side Zalaegerszeg in a Champions League tie in August 2002 after joining from Leeds for £30m.

Ferdinand has made 432 appearances for United, scoring eight times.

He signed a new one-year extension to his contract with the Premier League champions last month, keeping him at the club until the end of next season at least.

"It is great that the club are granting Rio a testimonial for his services to the club," added Ferguson.

"Rio has a natural ability to read the game and I said last month that I believed that this season has been the best of his Manchester United career."

Ferdinand, who announced his retirement from England internationals last month, said it would be an emotional night when Sevilla visit.

"This club is unique in every way, the history and drive of the place is unbelievable, it spurs everyone on to succeed," he said.

"The fans are the best in the world, their commitment is amazing and I have appreciated their support throughout my career.

"I hope they enjoy the night as much as I intend to."