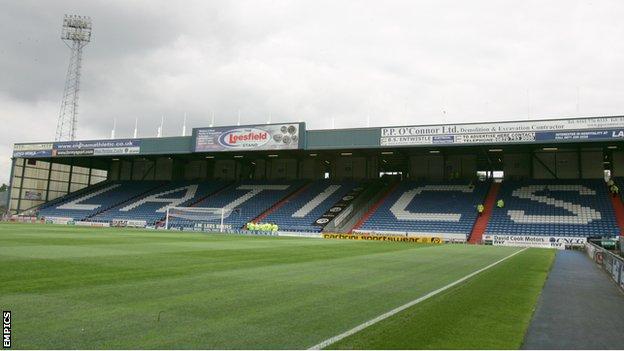 Vaughan took over at Chester in 2001 but the club were expelled from the Conference and then wound up in March 2010 for overdue tax.

Chairman Simon Corney is Oldham's major shareholder, having saved the club in 2004 with Simon Blitz and Danny Gazal.

The Latics finished 19th in League One last season under manager Lee Johnson.

Alan Keeling, a spokesman for the consortium, revealed to BBC Radio Manchester that negotiations have been ongoing for a number of months but admitted there "are some stumbling blocks that people should know about".

Vaughan runs a Merseyside boxing promotions company called Stephen Vaughan Boxing Promotions and also had a spell as Barrow chairman in the mid-1990s.

Following the liquidation of Chester City under Vaughan, where he became the first person to fail the FA's 'fit and proper person test', Chester FC was formed by a group of supporters and the club have just won promotion to the Conference Premier.