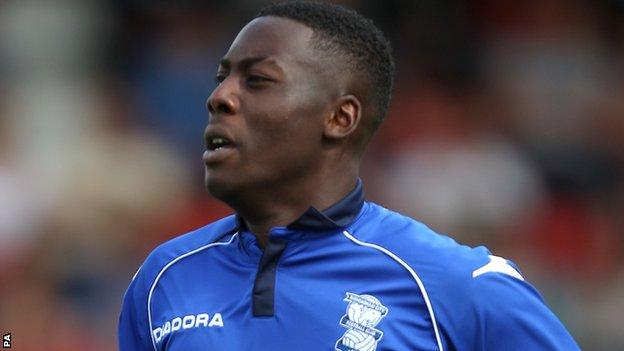 The 20-year-old striker is a graduate of the St Andrew's academy but is yet to play a first-team game for the club.

He spent the final month of last season on loan at League One Shrewsbury Town, scoring once in seven appearances and also had a spell spent time with Northampton Town in January 2012.

The Ghanaian's deal is initially for one year, but Blues have the option to extend it for a further season.

Birmingham remain in talks with midfielder Wade Elliott, defender Jonathan Spector and goalkeeper Colin Doyle, who were all offered new contracts at the end of the season.