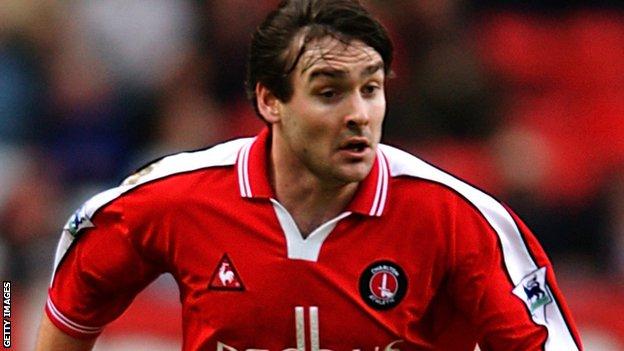 During a 15-year playing career, Brown, 41, made 242 league appearances for Charlton Athletic and also played for Reading before retiring in 2005.

"I've been in football for 25 years and coached a lot having retired early due to injury," he told BBC Radio Kent.

"I've been gearing up to be a manager for several years now and this was too good an opportunity to not go for it."

He then worked as a coach in Brighton's academy and most recently was assistant manager at Conference South side Dover Athletic.

"We're starting from scratch - no players, no pre-season fixtures - which has its positives and negatives as there's a lot of work to do, but we can build from the bottom," he added.

"It's fair to assume that I'll try and recruit from Dover because I know those players.

"But the key for me is that they have to want to come and play for this club. I don't want them coming just because they think it's going to be comfortable."

The former defender will work alongside fellow ex-Addick Steve Gritt.

Gritt, 55, was joint-manager at Charlton alongside Alan Curbishley from 1991 to 1995 before being appointed Brighton boss a year later.

After two years with the Seagulls he eventually returned to the Valley in 2004 and worked as academy manager until 2010.

The duo's appointment comes amidst takeover negotiations with Kuwaiti-based KEH Sports Limited, a move that is being brokered by former Charlton chief-executive Peter Varney.