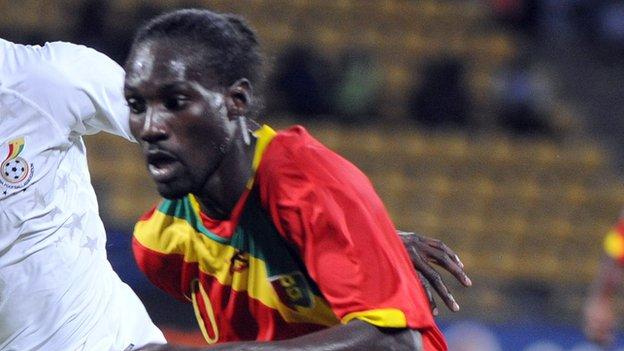 Guinea's Ismael Bangoura has lost an appeal at the Court of Arbitration of Sport against a four-month suspension handed to him by Fifa over a transfer dispute.

Nantes and Bangoura must also pay US$5.83 million between them to United Arab Emirates club Al Nasr.

CAS upheld a ruling from world football's governing body that Bangoura was guilty of "an unjustified breach of contract" when he left Al Nasr to join Nantes in 2012.

An appeal from Al Nasr that the compensation be increased was rejected by CAS.

Bangoura, who previously played for Dynamo Kiev and Stade Rennes, joined Al Nasr on a four-year contract in September 2010.

At the start of 2012, he went to play at the Africa Cup of Nations with the club's permission but lost his place in the side after they signed another player to replace him.

He then joined Nantes, who were in the French second division at the time, and was loaned to Qatari-side Umm Salal in September.