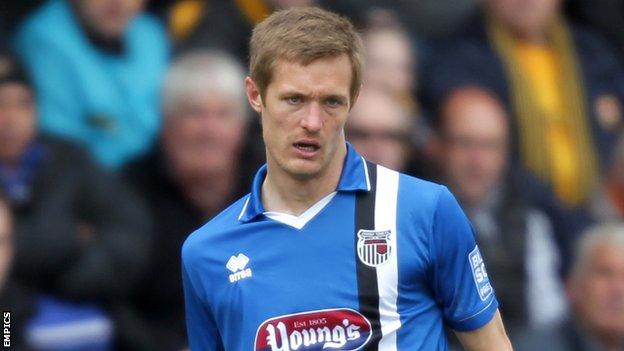 The 29-year-old defender was released by the Mariners after making 28 appearances as they missed out on promotion to League Two last season.

Miller has also had spells at Ipswich, Boston and Darlington.

"I'm very excited about being part of a team which has the ambition and ethics which are instilled and applied here," he told the club site.

"I believe Jez [George, director of football] and Richard [Money, head coach] have made very good additions to some excellent young players already in the squad.

"Coupled together with some experience, I think the team have exciting times ahead."