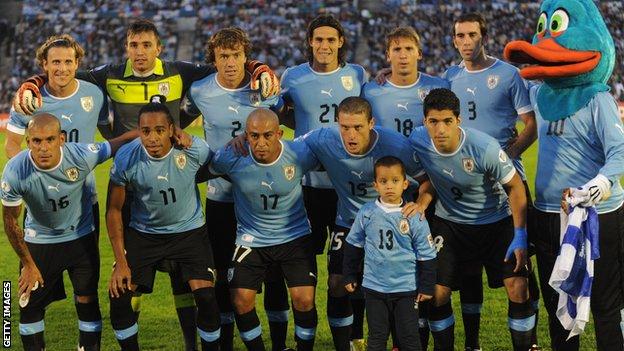 BBC Sport takes a closer look at the eight teams who will contest the 2013 Confederations Cup in Brazil. Champions of South America Uruguay boast a formidable front three - can they be the team to beat in Brazil?

Stylishly, winning a record 15th Copa America title - and their first for 16 years - in 2011. The World Cup semi-finalists knocked out hosts Argentina on penalties in the quarter-finals and outplayed Paraguay in the final to win 3-0 with two goals by Diego Forlan and another from Luis Suarez.

"The Uruguayans are like a chameleon in the way they play," says former World Cup winner Marcel Desailly.

Coach Oscar Tabarez is known as a serial formation tinkerer, using 3-5-2, 4-4-1-1 and 4-3-3. During the Copa America, Tabarez used all 20 outfield players. He favours a counter-attacking approach against superior teams and is often reactive in his tactics, yet unafraid to make changes during matches.

Uruguay finished fourth in their sole appearance in 1997. They topped Group B with three wins from three but lost 1-0 to Australia in the semi-finals, and by the same scoreline to Czech Republic in the third-place play-off.

Tabarez's nickname - El Maestro - refers to his previous job as a teacher. A big fan of Marxist revolutionary Che Guevara's teachings, he is in his second spell in charge of Uruguay. The former defender led Uruguay at the 1990 and 2010 World Cups and once managed AC Milan for 22 games. 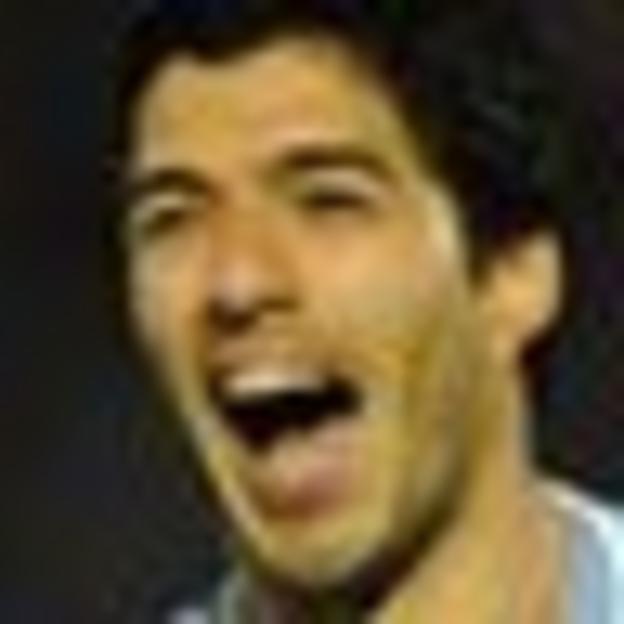 In-demand Luis Suarez is as vital to Uruguay as he is Liverpool. La Celeste will want to see the controversial frontman recreate the form that saw him notch 30 goals in 44 games last term for the Reds. 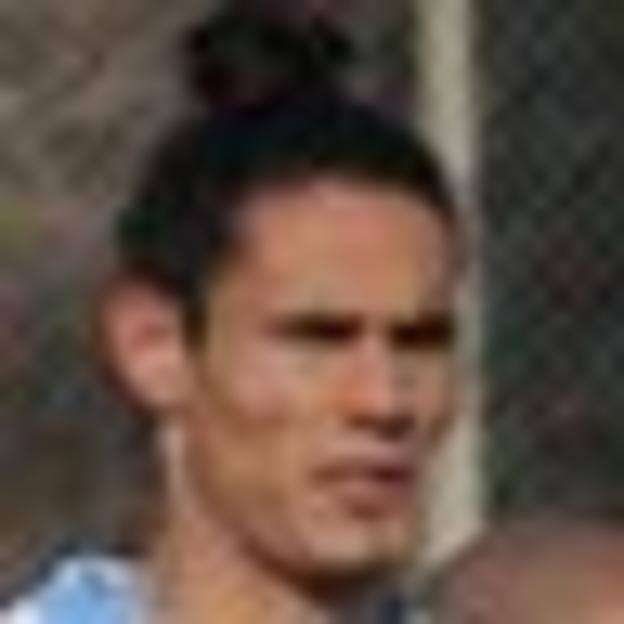 Much-coveted striker Edinson Cavani has been a revelation at Napoli, hitting 38 goals in 43 games last season. However he has yet to transfer that form to La Celeste - could Brazil see another few million added to his price tag? 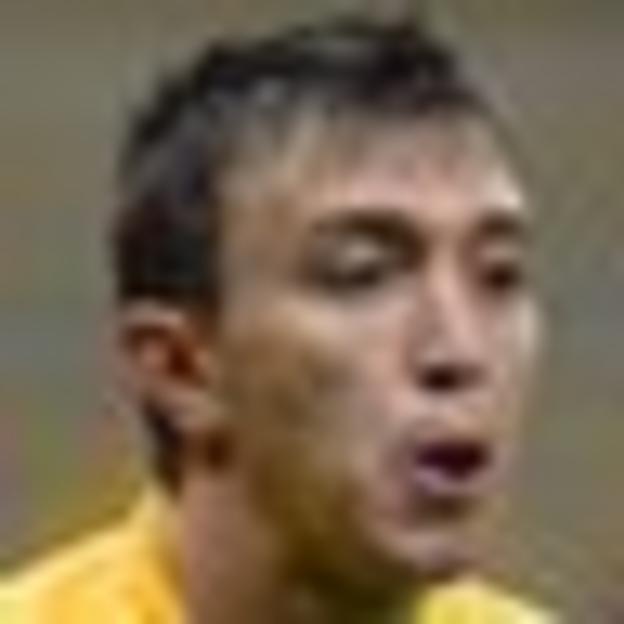 Like Suarez and Cavani, Uruguay keeper Fernando Muslera is a man in demand. Barcelona are reportedly eyeing the Galatasaray stopper who last missed a La Celeste game in March 2011.

Uruguay were one of the surprise packages of 2010 World Cup, reaching the semi-final before falling to the Netherlands.

"Struggling somewhat in the World Cup qualification running, but it's a risky business writing off a team with Uruguay's tenacity. They'll fancy their chances, especially playing 'next door'.

"The frontmen are key. If Suarez, Forlan and Cavani all fire then we're looking at real contenders."

Uruguay's national anthem is the world's longest in terms of duration with 105 bars of music - about five minutes' worth. Mercifully, only the first two verses are sung.

Uruguay are 19th in the latest world rankings, behind Bosnia and Switzerland but one ahead of Denmark.