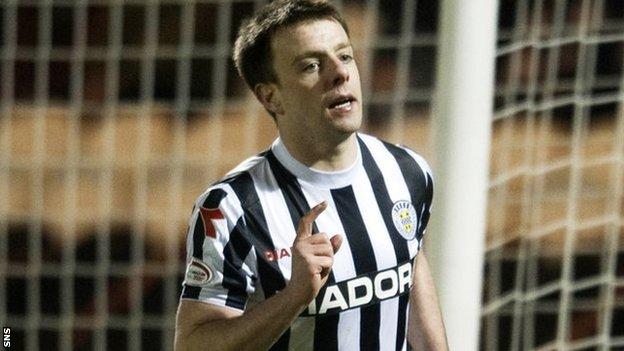 St Mirren midfielder Paul McGowan has signed a new one-year deal to remain at the club until 2014.

McGowan, whose contract was due to expire in the summer, was being monitored by clubs in England.

The 25-year-old, who joined from Celtic two years ago, had been unsure of his plans for next season.

Buddies boss Danny Lennon had previously indicated it was

A product of Celtic's youth system, McGowan had loan spells with Morton, Hamilton Academical and St Mirren before landing a permanent deal with the Buddies.

He made 30 appearances for St Mirren last season, scoring seven goals, as they finished second bottom of the table but also won the Scottish Communities League Cup.