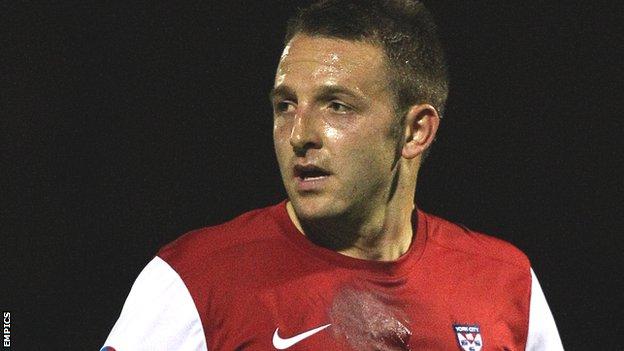 He had previously helped the Minstermen back into the Football League in 2012.

Kerr enjoyed spells with Scarborough and Lincoln, for whom he played 248 times, before joining York on a free transfer in January 2011.