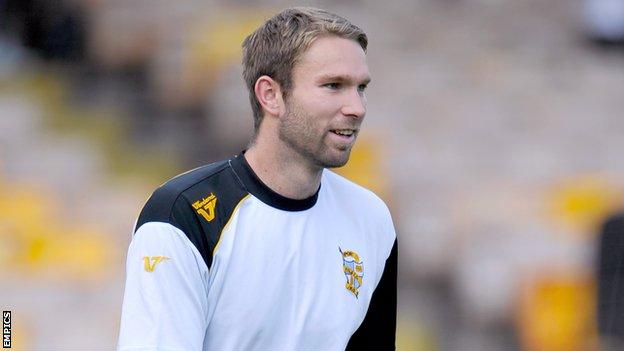 The 28-year-old left Port Vale, who will be playing in League One next season, by mutual consent on Friday.

With most of his 211 appearances for Vale coming in the fourth tier, McCombe is keen to help the Stags adjust on their return to the Football League.

"Hopefully we can kick on from the players' achievements last season and have another good year," he said.

McCombe told the club website: "I've had quite a bit of interest this summer [from other clubs], but after speaking to [manager] Paul Cox and the rest of the staff, it seems like this club is heading in the right direction."

Cox added: "We've signed an accomplished centre-half in John, who already has promotions on his CV.

"He is a commanding player who will add knowledge and experience to our defence."

McCombe had already helped Hereford to promotion from League Two prior to his move to Vale in 2008, and played 37 times in 2012-13 as the Staffordshire side secured a return to League One after a five-year absence in April.