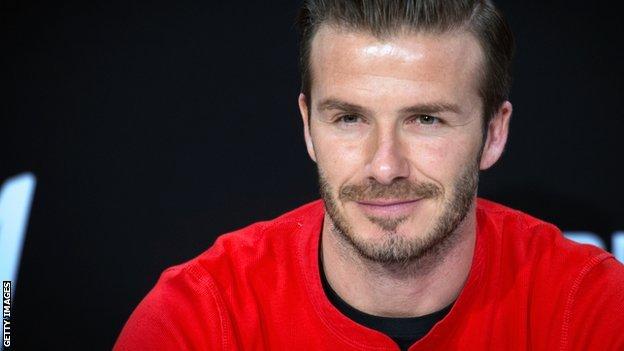 David Beckham said the prospect of setting up and owning a Major League Soccer team in Miami was "exciting" during a visit to Florida on Saturday.

The retired midfielder met political leaders, visited two potential stadiums and had a meeting with a fans group.

Part of his LA Galaxy contract included an option to create a new MLS team by buying an "expansion franchise".

Ex-England captain Beckham's representatives have held talks with the league over the purchase of the new club and although there is no MLS franchise in Miami, the 38-year-old is understood to have other locations in mind as well.

Jose Sotolongo, the executive director of the Miami-Dade Sports Commission, was among those who met with the ex-Manchester United midfielder and said there was plenty of support for a top-flight team in Miami.

"We know that our community can support not only the international soccer (friendlies) that have been coming to Miami for a while now, but that it would support an MLS franchise," he said.

"The city of Miami has a very international fan base and a very soccer savvy fan base. This is the kind of ownership group that would electrify the community and hopefully we will get good news."