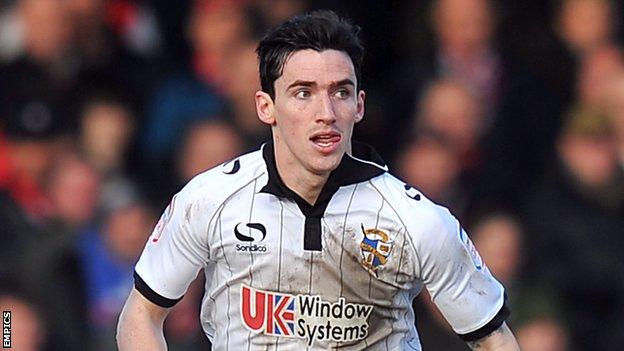 Forward Dodds, 26, who has played 212 times for Vale, and 20-year-old keeper Johnson have signed two-year deals.

One-year deals have been given to ex-LA Galaxy midfielder Birchall, 29, and 18-year-old defender Morris.

However, 28-year-old defender McCombe leaves after making 211 appearances in a five-year spell at Vale Park.

Former Huddersfield trainee McCombe joined the Valiants from Hereford in 2008, and made 37 appearances for Vale as they clinched promotion to League One this season.

"John has been a model professional during his five years with Port Vale and it is with reluctance that we let him go," manager Micky Adams told the club website.

"John leaves us on a high after helping us achieve promotion last season."

But the quartet of Dodds, Birchall, Johnson and Morris follow in the footsteps of Daniel Jones, who signed a deal to stay at Vale Park last week.

"Preparations are continuing in earnest for the new campaign," said Adams. "I'm really pleased that all four players have decided to commit their immediate futures to Port Vale."