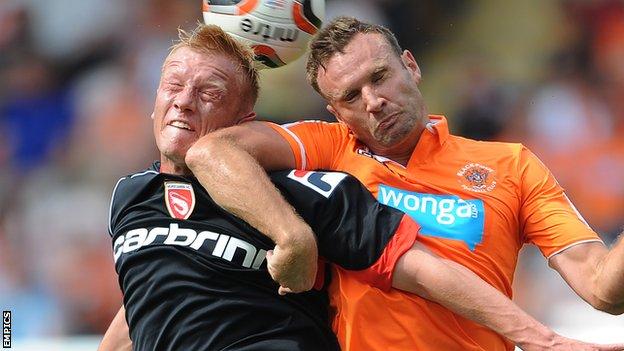 Jordan Burrow has agreed a two-year deal with Stevenage just hours after informing Morecambe boss Jim Bentley that he would not sign a new contract.

The 20-year-old moves to League One after scoring once in 35 appearances for the Shrimps last season.

"We made an offer on reduced terms and he has not accepted," Bentley said.

"He has a lot of strengths and is getting better all the time, but he sees his future elsewhere and I hope he does really well for himself."

Burrow is the fourth player to leave Morecambe this summer, after Gary McDonald, Will Haining and Nick Fenton also moved on.

For Stevenage on the other hand, it is their fifth acquisition of the close season having already announced the signings of