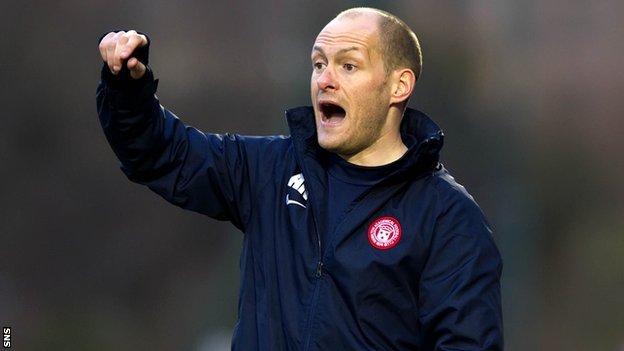 Alex Neil has been appointed as Hamilton player-manager on a permanent basis.

The 31-year-old midfielder has been performing the role on an interim basis since replacing Billy Reid in April.

Neil has since led Accies to five wins out of seven.

"The chairman is delighted to announce an agreement with Alex Neil to become player-manager until the end of his current contract in May 2014," said the club's official website.

"A further meeting will take place to discuss an extended contract as the club plan for the future."

Neil joined Accies in 2005 from Mansfield Town and has gone on to make over 200 appearances for the Lanarkshire side.