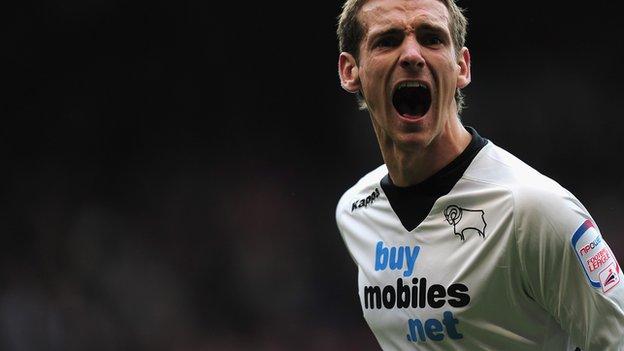 The 26-year-old, who still had a year to run on his existing deal, will remain at Pride Park until the end of the 2015-16 season.

Bryson has made 85 appearances and scored 11 goals in all competitions since joining the Rams from Kilmarnock in May 2011.

"I want to be part of what the club is trying to achieve," Bryson said.

"I am due to go away on holiday but I'll be signing the contract in the next few weeks.

"I've really enjoyed the last two seasons and I think with the progress we've made in that time, especially in the last 12 months, we can kick on and make a real challenge towards the top six next season."

The Scotland international made an immediate impact on his Rams arrival, winning the Jack Stamps Trophy as Derby Player of the Season in his first campaign.

County manager Nigel Clough said renewing Bryson's deal has been a major priority as he tries to build the squad for next season.

"Craig is a key player for us so it was always high on our wish list to get something agreed with him," Clough said.

"There aren't too many players like him around. People always comment on his work-rate, but that does him a disservice in many ways because he is an extremely good player with a lot of quality.

"His goals from midfield have been vital for us throughout the course of the last two seasons as well."