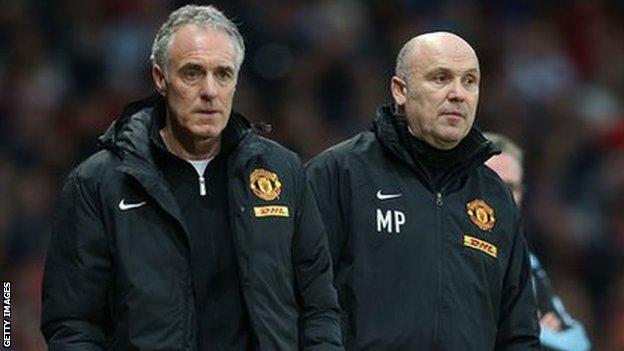 Phelan, a former United player, was promoted by Sir Alex Ferguson to the role of assistant manager in 2008, having served the club as a first-team coach since 2001.

But Ferguson's replacement David Moyes has chosen not to keep the 50-year-old as part of his backroom team.

Moyes said: "I will be looking to appoint my own members of coaching staff at some point in the future."

Executive vice-chairman Ed Woodward said: "I'd like to thank Eric and Mick for the enormous contributions they have made to the success of Manchester United in their time here."

"Their professionalism, ability and diligence have been a credit to them.

"They are top-class football men and everyone here wishes them well for long and successful careers in the game."