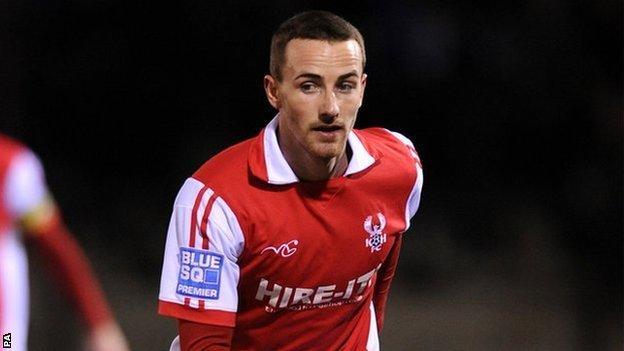 Inverness Caledonian Thistle have completed a trio of signings including Ben Greenhalgh, who won a contract at Inter Milan through a TV reality show.

Joining the 20-year-old left winger at Inverness, all on one-year contracts, will be two other midfielders - James Vincent and .

Vincent has been with Kidderminster Harriers and Williams with Kendal Town.

Greenhalgh won Football's Next Star on Sky but joined Maidstone United at the end of his six-month deal with Inter.

While he headed for the Isthmian League club and also spent time at other non-league outfits Welling United and , one of the 2010 shows' losers, midfielder Connor Smith, progressed to Watford's first team.

In February, Greenhalgh had voiced his frustration with English football on his Facebook page, saying that he would consider moving to Italy, Spain, Germany or the United States if he was unable to find a new club soon.

However, he has now said on Twitter: "Have just put pen to paper so will definitely be a player for Inverness Caledonian Thistle this season in the SPL."

Like his fellow midfielders, there is an option of a 12-month extension on his contract.

Caley Thistle manager Terry Butcher has proven his ability in recent seasons to pluck players from relative obscurity in England's lower leagues capable of proving themselves in Scotland's top flight.

The 23-year-old Vincent arrives in the Highlands having just completed after coming through the youth system and into the first team at Conference rivals Stockport County.

Williams had also been playing in the Conference North with Chester, the 24-year-old having been on loan from Northern Premier League outfit Kendal.