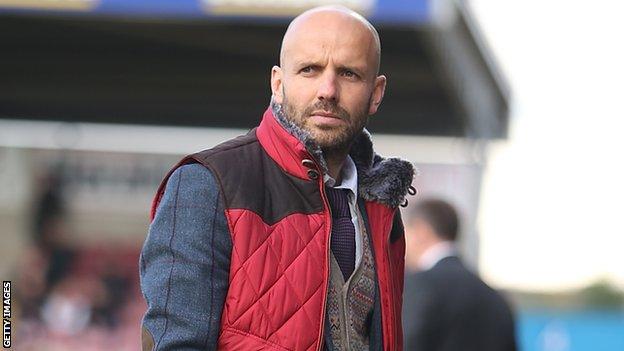 Tisdale says financial constraints will restrict the number of new faces he can bring to St James Park, forcing them to rely more on homegrown youngsters.

"In terms of new players, there's probably no more than one coming into the club," he told BBC South West.

"Who that will be yet I don't know, as normal at Exeter City we're not first on the list for these players.

The team will be changing, but it will be by the young players coming through

"They're not going to get the best financial deal in football by coming to us, so we have to wait our turn.

"I've got a number of players who are of interest to me, I'll be waiting to see what happens over the next month or two, and potentially there'll be a signing made before we start back for pre-season," he said.

As a result, the club's younger players are likely to be given a lot more game-time next season, with the likes of Jordan Moore-Taylor, Jacob Cane, Jake Gosling and Jamie Reid having all made their debuts this term.

"Let's not forget that our squad will be developing and evolving mainly through the continued development of our young players," Tisdale added.

"We had four or five young players come into our squad and I'm hoping they will continue their improvement and start to have more of an impact in the team.

"The team will be changing, but it will be by the young players coming through."