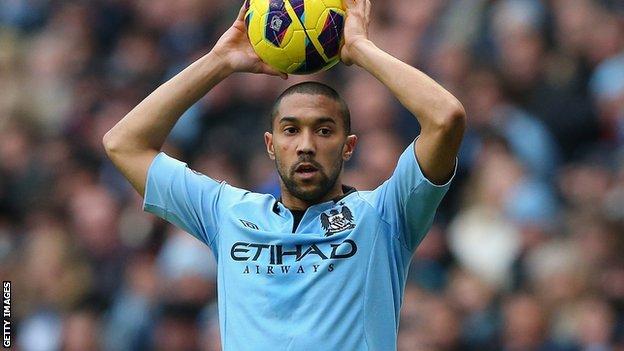 Manchester City left-back Gael Clichy has signed a new four-year deal that commits him to the club until 2017.

The France international, 27, has played 74 times for City

"Things didn't go the way we wanted them to this year but we'll come back stronger next season," said Clichy of a campaign in which City lost the Premier League title to Manchester United.

Clichy kept Aleksandar Kolarov out of the side in the season's final weeks.

Although City are without a manager interim boss Brian Kidd said Clichy would be an asset to whoever came in to replace the Italian.

"We are building a side that will challenge for honours for years to come and to do that, you need top quality players - Gael comfortably fits into the bracket," said Kidd.

"Gael is a top professional off the pitch as well as on it and his attitude and conduct is faultless. He is a manager's dream."

Although he appeared to cement his place as City's first-choice left-back ahead of Serbia's Kolarov over the second half of the season,

Clichy added: "We are just going to keep moving forward and raising the bar. We know where we want to be and with the talented players in our squad there is no reason why we can't achieve our targets.

"When I look around me and see the quality players and the plans that are taking shape at Manchester City, I know that I am in the right place."