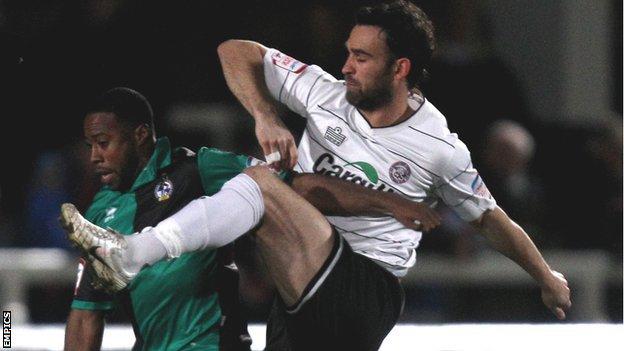 Stam has signed a one-year deal with Dutch second division club FC Den Bosch, with the option for a second year.

The 33-year-old has hit three goals in 61 Conference games since signing from Yeovil in July 2011.

He has spent eight years in English football since first arriving at Oldham Athletic in 2005.

Stam's exit follows a season of financial woes for the cash-strapped Bulls, which ended with them finishing sixth in the Conference Premier but struggling to settle their wage bill.

The club's immediate future is dependent on summer season ticket sales and the continued generosity of their chairman David Keyte, who has already pumped £600,000 of his own money into the club over the past three years.