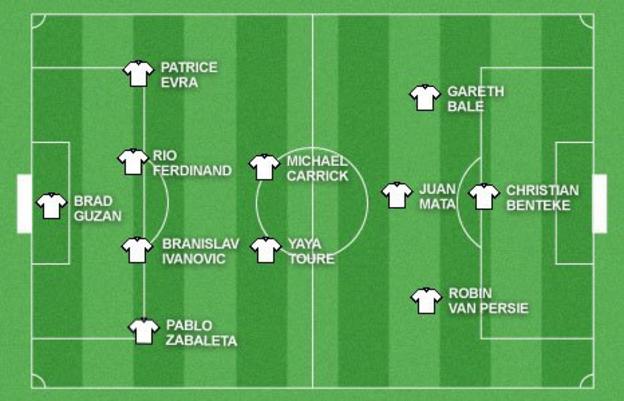 With Manchester United winning the Premier League title, it is perhaps unsurprising that four players from Old Trafford are included in my team of the season.

In addition to those who did eventually make my final XI, honourable mentions must go to Romelu Lukaku - who has had a tremendous season on loan at West Bromwich Albion from Chelsea - and Chelsea duo Eden Hazard and David Luiz, who both finished the season in fine style and each collected a European medal.

Norwich and Aston Villa avoided relegation largely thanks to the presence of defenders Sebastien Bassong and Ron Vlaar, respectively.

Wigan suffered mixed fortunes. Having won the FA Cup the Latics were relegated despite some impressive individual displays from Arouna Kone, Shaun Maloney and Callum McManaman.

There are three managers who stood out this season. Rafael Benitez deserves praise for retaining Chelsea's Champions League status and adding the Europa League trophy to the Stamford Bridge cabinet.

But for me the season belonged to Manchester United's Sir Alex Ferguson, who retired on Sunday after 26 years and 13 Premier League titles. 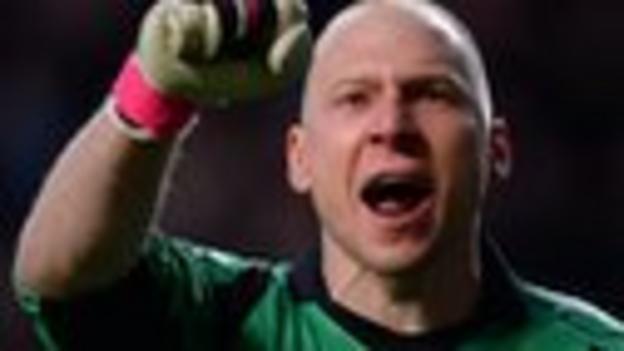 Despite Villa's struggles, the 28-year-old had an outstanding season and the fact he was selected in my Team of the Week on more occasions than Chelsea's Petr Cech and Manchester City's Joe Hart says a great deal about his level of consistency. He hardly got a look-in last season but the American has established himself ahead of Shay Given this campaign, an achievement in itself.

Did you know? Guzan claimed more catches (97) than any other goalkeeper in the Premier League in 2012-13. 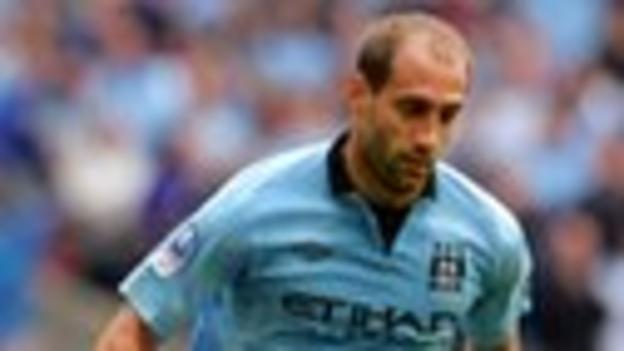 The Argentine will look back on the season with disappointment. But while City did not win any trophies, it certainly was not down to Zabaleta, who had an excellent campaign. He can play on either the right or the left and enjoys venturing forward in the search for goals. I love full-backs who do that.

Did you know? Zabaleta attempted more tackles (113) than any other defender in the top flight in 2012-13. 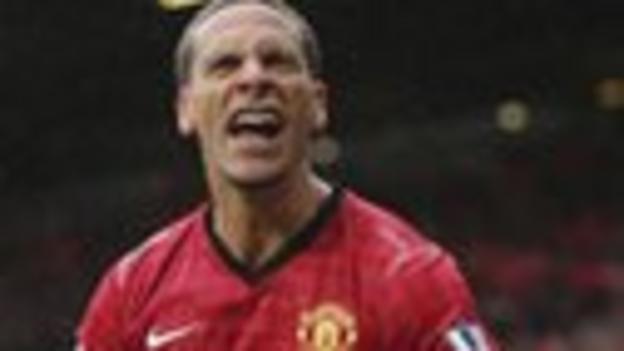 A lot of people wrote Ferdinand off this season. The only person who really had any faith in the 34-year-old centre-half, apart from himself, was Sir Alex Ferguson, who insisted that he played in all the big games. I do not think you can get a better endorsement than that.

Did you know? Ferdinand made more clearances (222) than any other player from any of the top four sides in the division. 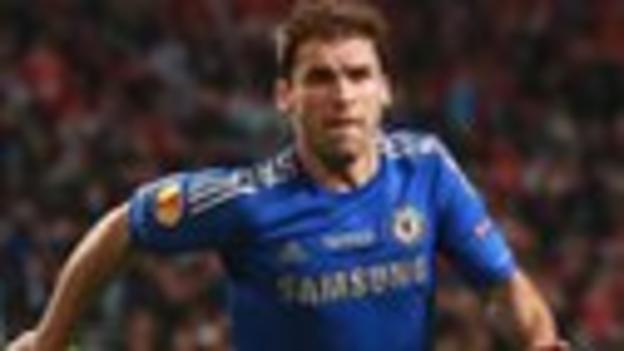 Arguably one of the most versatile defenders in the world. Full-back or centre-half, Ivanovic was solid as a rock for Chelsea this season. He is phenomenal on set-pieces as his winning goal against Benfica in the Europa League final proved.

Did you know? No defender scored more goals than Ivanovic (five) during 2012-13. 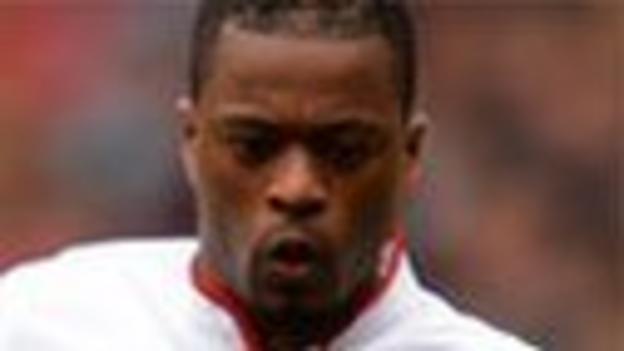 It is a special full-back who can attack and defend in equal measure. An almost permanent fixture for Manchester United this season, at one point the 32-year-old seemed to be conducting his own goalscoring competition with Manchester City's Pablo Zabaleta. The Frenchman ended up edging out his Argentine rival from across town.

Did you know? Evra netted four league goals for United during 2012-13, twice as many as he had managed in his seven previous seasons at the club. 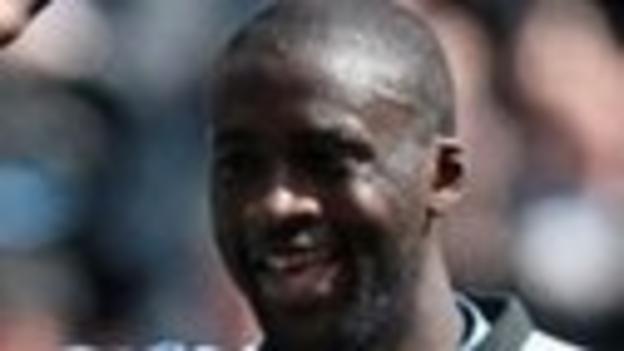 He did not have the greatest FA Cup final but it was still another season full of commitment and endeavour for the midfielder. He might lack the touch of David Silva and the skill of Samir Nasri, but sadly for City both were missing for much of the campaign. Yaya hardly ever misses a game through injury, rarely gets suspended, and is the most competitive player in the team.

Did you know? Only two players, Mikel Arteta and Michael Carrick, attempted more passes than Toure - 2,526 - this season. 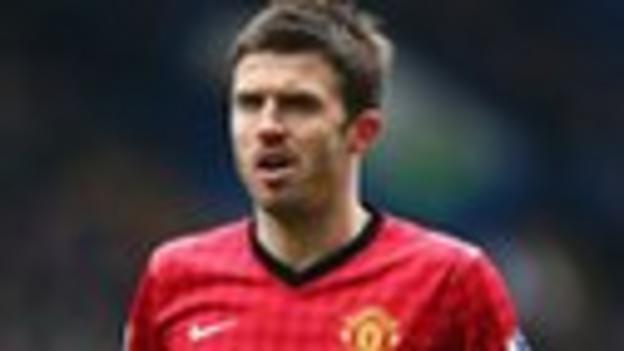 Much to the annoyance of some, I have compared the 31-year-old to Paul Scholes. However the 'quiet assassin' has proved that he is capable of filling Scholes's boots and that's the reason why Sir Alex Ferguson decided against spending a fortune on Wesley Sneijder. Carrick is the perfect player to guide David Moyes and Manchester United into the post-Ferguson era.

Did you know? Carrick is one of only four players to make more than 3,000 touches in the 2012-13 league campaign. Santi Cazorla, Mikel Arteta and Steven Gerrard are the others. 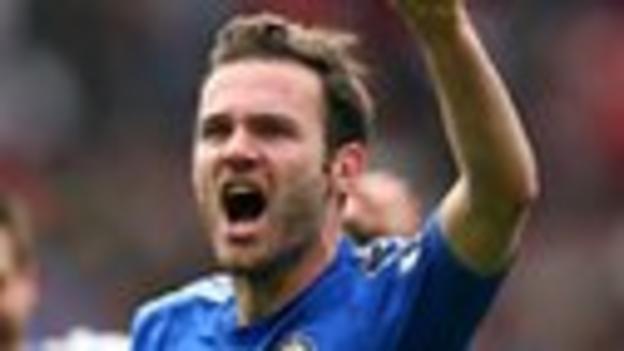 What a service Mata has done us by coming to the Premier League. Despite being half the size of most of his opponents he not only survives but dominates players with skill and technique. I spent a lot of time at Stamford Bridge during the 2012-13 campaign and Mata was a pleasure to watch.

Did you know? Mata has provided a league-high 12 assists this season. 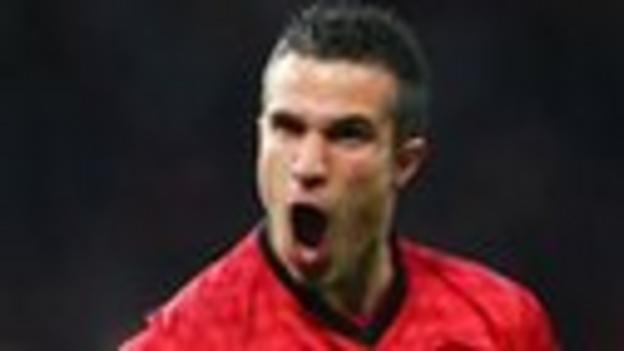 I had the pleasure of interviewing Gianfranco Zola, the Watford manager, recently and we ended up spending all our time talking about the gifts of Van Persie. I don't recall ever hearing a footballer talk about another with so much admiration - and Zola was a great player. Van Persie's goals were crucial as United reclaimed the Premier League title but his debut season at Old Trafford proved he was just as good at turning provider as he was at finding the net.

Did you know? Van Persie is not only the top scorer this season (26) but has also hit the woodwork a joint-high seven times. 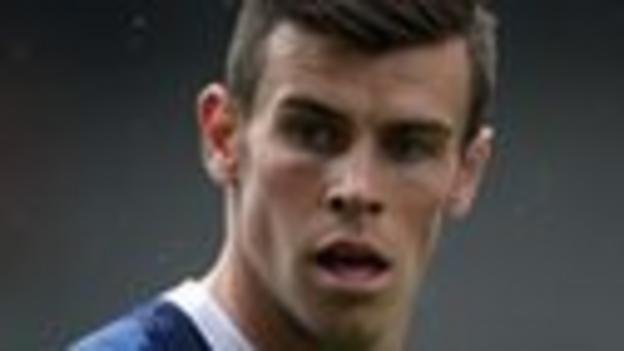 Did you know? Bale scored nine goals from outside the box in 2012-13, four more than any other player. 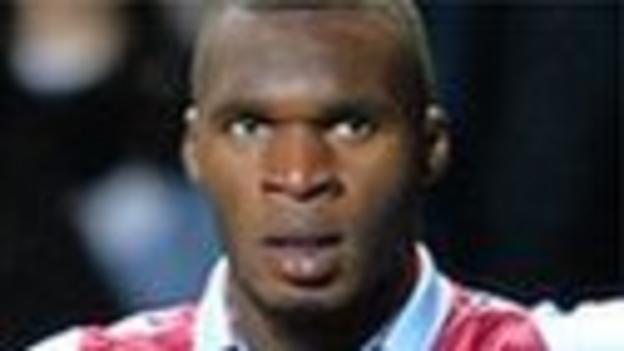 When Paul Lambert sits down and reflects on his first season in charge at Villa Park, he will look back at the signing of Benteke as a crucial factor. Quite simply, he is the most exciting striker I've seen since a young Michael Owen emerged. The question is, can the young Belgian do it again next season? And can Villa keep him?

Did you know? Benteke scored or assisted 49% of Villa's goals over the course of the season, the highest proportion for any player at any club in the Premier League during 2012-13.