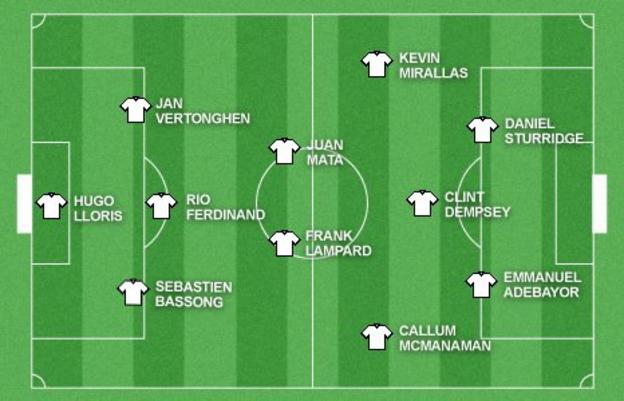 Congratulations to Wigan Athletic on winning the FA Cup for the first time in their history with a 1-0 win over favourites Manchester City.

In the Premier League, Tottenham put pressure on north London rivals Arsenal as the fight for fourth spot intensifies. Spurs won 2-1 at Stoke to move above Arsenal, who are two points behind in fifth with a game in hand.

Everton waved goodbye to Manchester United-bound David Moyes with an impressive win over West Ham, while Norwich and Newcastle edged to safety with wins against West Bromwich Albion and Queens Park Rangers respectively.

However, centre stage at the weekend could belong to one man only - Sir Alex Ferguson. He said his farewell to Old Trafford after 26 years as manager of Manchester United by celebrating yet another Premier League title. 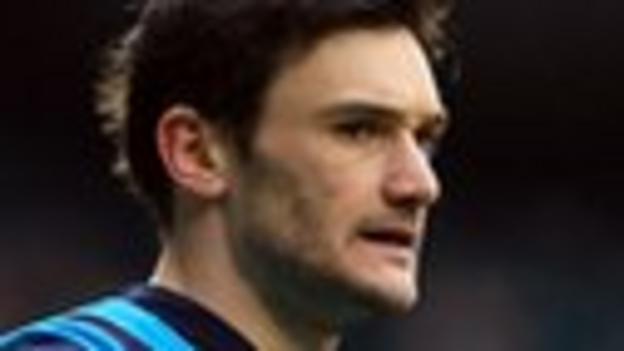 The Tottenham goal was under siege for much of their game at Stoke. While the entire Spurs back four battled admirably, it was Lloris who provided the commanding presence in his own box and gave his defence great confidence. An excellent performance from the France international - particularly on crosses.

Did you know? Lloris has successfully cleared more balls from outside of his penalty area than any other goalkeeper in the Premier League this season (43). 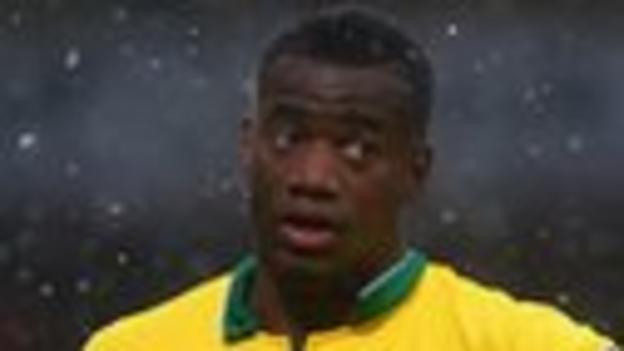 Without doubt Norwich's player of the year in my opinion and he excelled once again against West Brom in a fixture the Canaries could not afford to lose. Bassong's presence at the back has probably saved Norwich in a season where they occasionally looked hungover from the departure of ex-boss Paul Lambert. Well done Chris Hughton, you can relax now and look forward to at least another season in the Premier League.

Did you know? Bassong misplaced just one pass against West Brom on Sunday, and completed 32. His 97% success rate was the best of all players to make 15 or more passes this weekend. 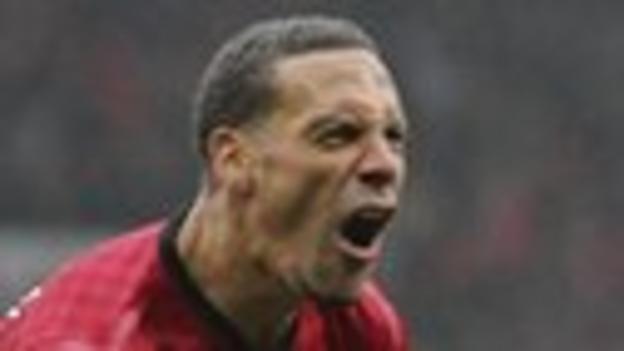 If ever there was a fitting tribute to mark Sir Alex Ferguson's departure then Rio Ferdinand's winning goal against a stubborn Swansea was it. Ferdinand, United's record signing when he joined from Leeds for almost £30m in 2002, showed exactly why Ferguson invested so much money in him. The 34-year-old centre-back has enjoyed an exceptional season.

Did you know? Ferdinand scored his first Premier League goal for 1,947 days. His last strike came on 12 January 2008 against Newcastle United. 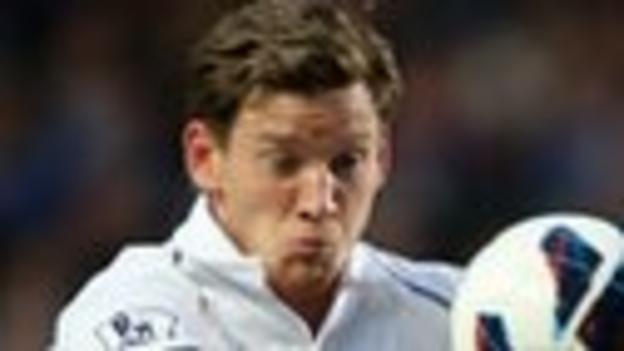 It was another top-class performance from the Belgian against a rugged Stoke side who had decided that the best way to hurt Spurs was by adopting a physical approach. Vertonghen provided grit and stability at the back as Spurs saw off the Potters after a promising start from Tony Pulis's men.

Did you know? Vertonghen has made 102 tackles in the Premier League this season, which is 21 more than any other Spurs player. 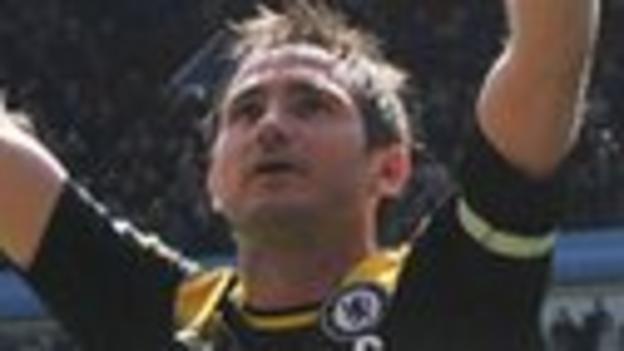 Lampard has done it - the great Bobby Tambling's record has been eclipsed by one of the most likeable professionals in the game. When Lampard visited the ill Tambling in hospital recently, the ex-Chelsea centre forward said how he wished his record went to such a consummate professional. Well, Bobby, it has.

Did you know? Lampard became Chelsea's all-time leading goalscorer on 203 goals. He has scored more goals against Aston Villa than any other team in his Blues career (14 in all competitions). 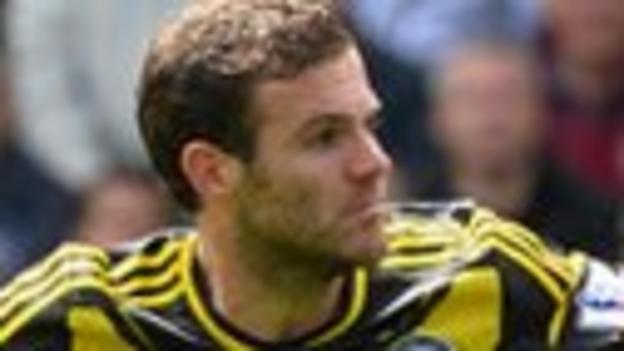 Lampard may have got the headlines against Aston Villa but it was Juan Mata's drive and ingenuity that prized open the Villa defence for his team-mate's record-breaking winning goal. Without doubt Chelsea's player of the season in my opinion.

Did you know? Mata created three chances against Aston Villa to take his tally for the season to 93, the third-highest in the top flight. 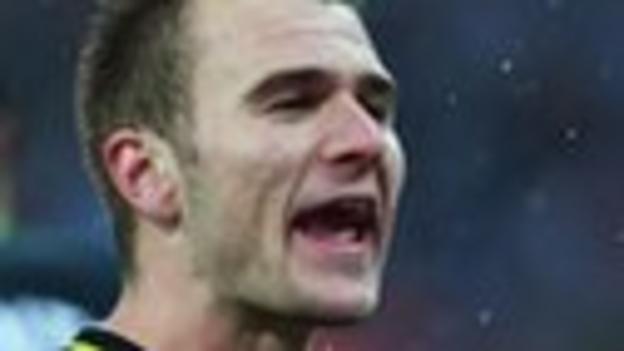 Many congratulations to Dave Whelan and Wigan Athletic for the well-deserved victory over Manchester City in the FA Cup final. Callum McManaman was outstanding for the Latics, with his purposeful runs down the right flank causing all sorts of problems for City left-back Gael Clichy.

Did you know? McManaman made 10 successful dribbles in the FA Cup final. No other player completed more than three. 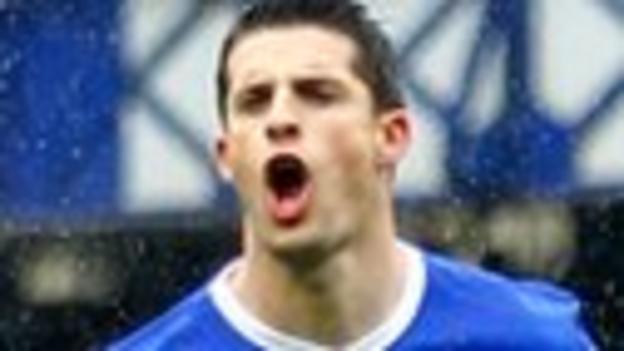 David Moyes said Mirallas's two goals against West Ham were top drawer - and he was right. The Belgium international's ruthless finishing ensured Everton's 2-0 win provided a fitting tribute to their manager as he departs for Manchester United after 11 successful years at Goodison Park.

Did you know? Mirallas became only the fourth player to score two goals or more from outside the box in the same Premier League game this season. 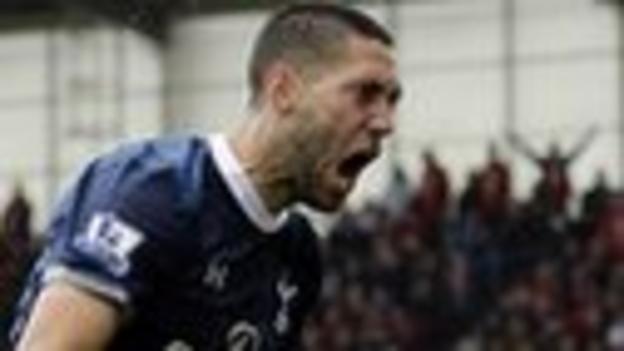 Andre Villas-Boas introduced Dempsey as a substitute against Chelsea in midweek and the American helped change the face of the game as Spurs fought back for a draw at Stamford Bridge. Dempsey was rewarded with a start against Stoke and had a profound impact on the game. His goal was superb and his assist for Adebayor's winner was not bad either. With a Champions League place resting on the final game of the season, Dempsey must start against Sunderland.

Did you know? Dempsey both scored and assisted a goal in the same game for the first time since March 2012 (for Fulham v Norwich). 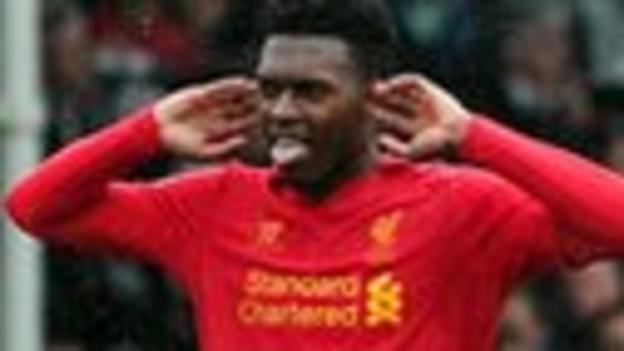 While Liverpool are without injured skipper Steven Gerrard and suspended top scorer Luis Suarez, Daniel Sturridge is playing better than ever. His hat-trick against Fulham showed the England international at his predatory best. The ex-Chelsea striker silenced the home fans who had jeered him at every opportunity because of his links to their west London rivals. Next time, perhaps Fulham fans will keep quiet! 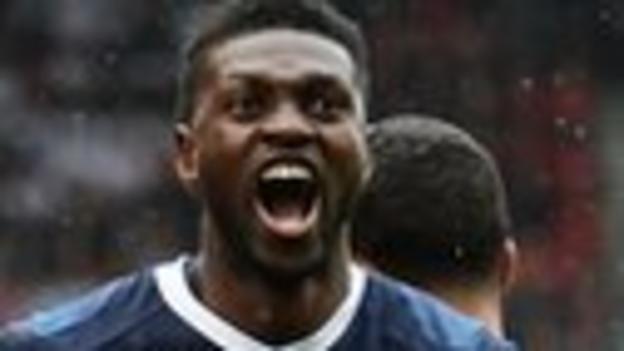 What a perfect time in the season for the former Arsenal striker to find his form. Two goals in two massive games, against Chelsea and Stoke respectively, have kept Spurs' dreams of Champions League qualification alive. The thought of Emmanuel Adebayor being responsible for ensuring Spurs finish in the top four at the expense of Arsenal is enough to give all Gooners sleepless nights!

Did you know? Adebayor has scored in consecutive games for the first time since May 2012.