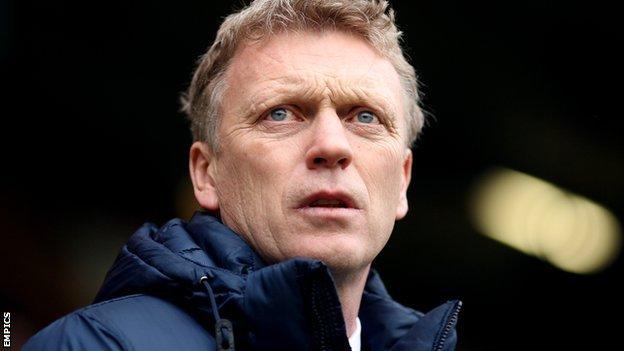 The sporting headlines have been dominated this week by the retirement of Sir Alex Ferguson and subsequent appointment of his successor, Everton manager David Moyes.

Ferguson will leave his position after United's game against West Brom on 19 May, having won the club's 20th league title, 13 of which came under his tenure.

Moyes begins his new six-year contract on 1 July, leaving Everton after 11 years in charge at Goodison Park, having been appointed at Ferguson's recommendation to succeed him as manager at Old Trafford.

But what has been the reaction around the world? BBC Monitoring finds out.

'David Moyes has the credentials to succeed at Manchester United'

Moyes has been described as a conservative choice and perhaps compared to Jose Mourinho, who would have arrived with swagger and courted controversy in the role, he is… the truth is that, after Ferguson, there probably are no safe options.

Ferguson has done remarkably well. He has done better than anyone could have imagined. Will the next guy succeed as well? It would take a miracle.

While Moyes shares the steely glare, work ethic and Scottish accent of Ferguson, he has none of the trophies. The closest he came to silverware with Everton was the 2009 FA Cup, in which they lost 2-1 to Chelsea in the final having taken a first-minute lead.

Full story: The Times of India

'David Moyes is the chosen one'

Moyes's arrival should help make the transition less traumatic, since he has the blessing of his Scottish compatriot, Ferguson.

One of the qualities United was surely seeking was continuity after Ferguson's lengthy run, and Moyes - who spent 11 years at Everton, the Merseyside club that rivals Liverpool - is expected to provide it. United chose Moyes.

'A growler, a scrapper and a friend of Sir Alex: 10 facts about the new Man Utd manager David Moyes'

Manchester United could choose a successor to Ferguson of any top coach, but on the leadership advice of Sir Alex the job went to 50-year-old Everton coach David Moyes, a close friend of Ferguson.

No-one doubts Moyes's knowledge, his tactical prowess, his ability to work with young players and his other merits. But he has no experience of working for a big club where the manager is constantly under an insane amount of pressure. He has never had to deal with the very best star players, people who are stubborn and require a particular approach.