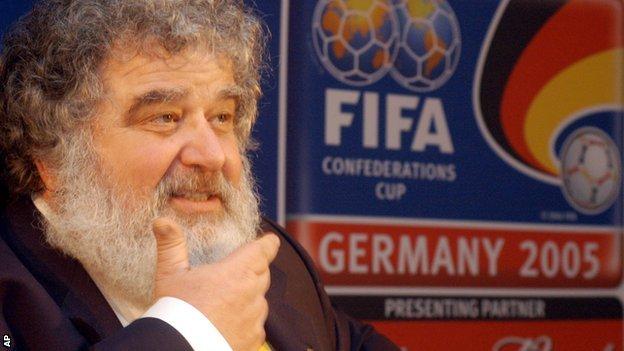 Fifa executive committee member Chuck Blazer has been suspended from football for 90 days after claims his conduct was "fraudulent".

The former general secretary of Concacaf has been given a provisional ban pending full disciplinary proceedings.

Investigators said the American had abused his power by enriching himself at the expense of his own organisation.

Warner, who resigned as Fifa vice-president in 2011, was accused of failing to disclose that a $25.9m (£17m) centre of excellence was built on his land.

Blazer is due to stand down from the executive committee on 30 May.

His provisional ban applies to "any kind of football-related activity at national and international level". Fifa said "various breaches of the Fifa code of ethics appear to have been committed by Chuck Blazer".