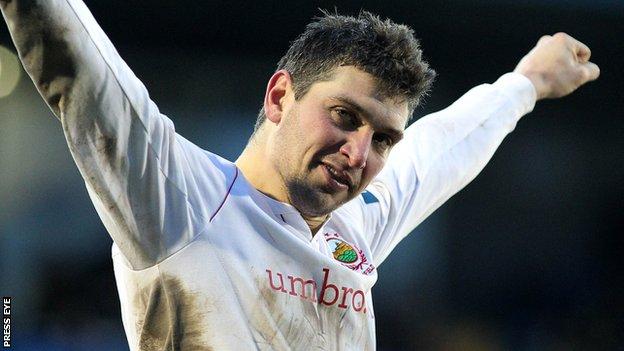 Striker Matthew Tipton has been placed on the transfer list as deposed Irish Premiership champions Linfield rebuild for next season.

The former Macclesfield and Portadown star has been made available to other clubs, along with midfielder Ryan Henderson and defender David Armstrong.

Douglas, 35, joined Linfield in 2003 from Portadown while 31-year-old Curran came to Windsor from Newry.

Former Glentoran star Browne, 30, was signed by the Blues in 2011 from Lisburn Distillery.

Tipton and Henderson were the club's two major signings just a year ago - now they seem to be heading for the Windsor Park exit door.

Jeffrey said the Blues were expecting to announce further signings.

"We are aiming to put together a squad that will help us get back to challenging to win trophies," he said.

Linfield, double winners for six of the previous seven seasons, finished third this term and failed to land any silverware.