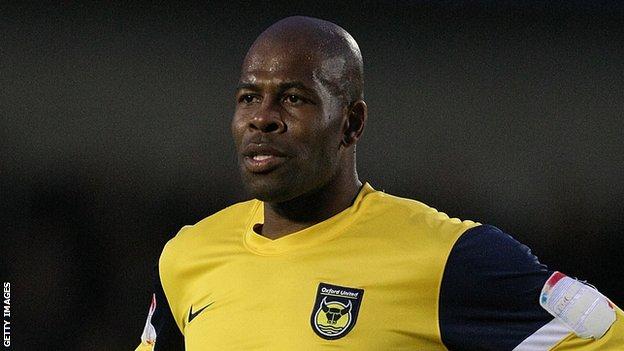 Ex-Chelsea and Stoke defender Duberry, 37, played 50 times in his two seasons at the Kassam Stadium.

The U's have given Andy Whing and Alfie Potter new deals and offered contracts to Scott Davies and Deane Smalley.

Midfielders Whing, 28, and Potter, 24, both had options in their contracts, which Oxford have decided to take up.

Oxford have also confirmed they will hold talks with defender Luke O'Brien, who made 18 appearances this season, over a new contract.

Following the news, Duberry said via twitter: "It's disappointing to be released, but that's football and the decision of the club. I have had a great two years. I hope the club moves in a forward direction and gets promotion next year."