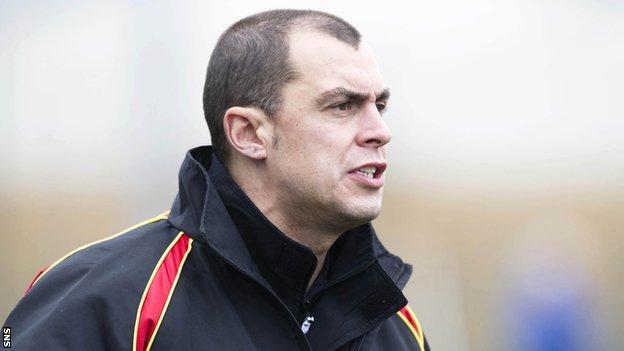 Lumsden, who was appointed last May, will take charge of Saturday's final league game against champions Queen of the South before stepping down.

The Coatbridge club announced the 35-year-old's departure on Twitter but have made no other statement.

Consett-born Lumsden had been appointed player-manager after Paul Martin resigned for health reasons.

The Englishman was a youth player at Oxford United but has spent most of his career in Scottish football.

After making his first-team breakthrough with Stirling Albion, Lumsden had a year back in his homeland with non-league Chester-le-Street Town before beginning his first four-year spell with Rovers in 1999.

He went on to play for Hamilton Academical and Raith Rovers before returning to Cliftonhill, initially on loan, during the 2008/09 season.