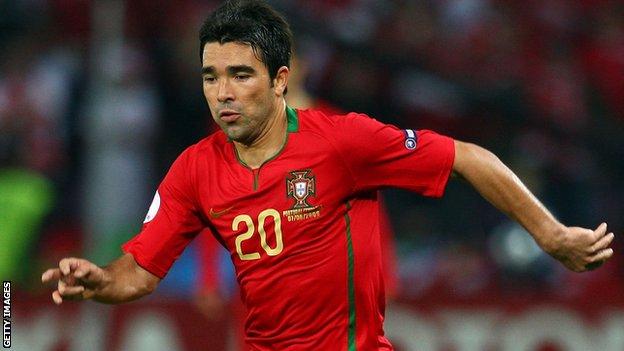 Former Chelsea and Portugal midfielder Deco has tested positive for the banned diuretic furosemide in Brazil.

The 35-year-old failed the test, following Fluminense's win over Boavista on 30 March, for the drug, which can help hide performance-enhancing substances.

His lawyers said the positive result was due to contaminated vitamins.

Fluminense will not comment until the results of the 'B' sample are released on Friday.

The Brazil-born Portuguese playmaker spent two years at Stamford Bridge from 2008 to 2010, making more than 50 appearances.

He is also one of only a handful of players to win the Uefa Champions League with two different clubs, Porto in 2004 and Barcelona in 2006.