That section of metal ultimately decided the fate of the two opposing teams chasing the second League One automatic spot in the final game of the season. It was one of the great climaxes of any football season.

The scene was set. Brentford v Doncaster - Rovers were second, needing a point, while the Bees required nothing less than victory.

With seconds remaining and with the score 0-0, the 2,000 travelling supporters were ready to celebrate. But in the 94th minute their mood quickly changed when referee Michael Oliver pointed to the spot after Dean Furman had fouled Toumani Diagouraga.

The tension increased among the home contingent when substitute Marcello Trotta took responsibility from designated penalty taker Kevin O'Connor. The Italian placed the ball on the spot, steadied himself at the edge of the area, before running in and striking a firm shot that crashed back down off the underside of the bar. Bees devastation.

The home side were then dealt the cruellest of knockout punches when the loose ball was cleared to Billy Paynter, who raced forward and found James Coppinger. The Rovers stalwart tapped in to hand Doncaster victory, promotion and the championship.

Below are the thoughts of the fans, the players and the two managers who will forever remember that dramatic day:

"Even now, 24 hours after the event, I am still finding it hard to talk about what happened.

"My worst Brentford experience was the night we lost on penalties to Huddersfield in the 1995 play-off semi-finals after finishing second in the table in the only season in which just one team was promoted. Saturday has now matched that.

"The game was scrappy with few chances for either side but Brentford have scored lots of late goals this season so we hadn't quite given up - and when the board went up showing five more minutes we dreamed of one more chance.

"Doncaster dominated the first two minutes of stoppage time and we were starting to be resigned to our fate.

"Then it happened. The ball was hoisted into the crowded Rovers penalty area, a Bees body went down and amazingly the referee was pointing to the penalty spot.

"Suddenly the mood changed. We were all on our feet. My son and I had tears in our eyes and my daughter had her hand over a stunned smile. A friend bowed his head and said he couldn't watch.

"Back on the pitch, three Brentford players seemed to be trying to grab the ball from each other.

"Trotta put the ball down, stepped back and then in a hushed silence ran forward and, left-footed, struck the ball…

"What happened next has been well documented. I had my hands on my head in disbelief and turned away from the pitch. I hugged my son to console him. When I looked back it was to see two Doncaster players bearing down on goal and then sealing victory.

"I dropped to my haunches with my hands over my head and stayed crouched down for what felt like an age.

"I got up in time to see Brentford kick off and the referee blow for full-time.

"I couldn't speak and just stood there for ages watching the scenes below.

"When we dragged ourselves into the pathway the players take from the dressing rooms, we saw the Bees players emerge quickly one by one, heads down, tears in some eyes and walk out of the ground.

"A friend came up to me and burst into tears on my shoulder. The atmosphere was desolate." 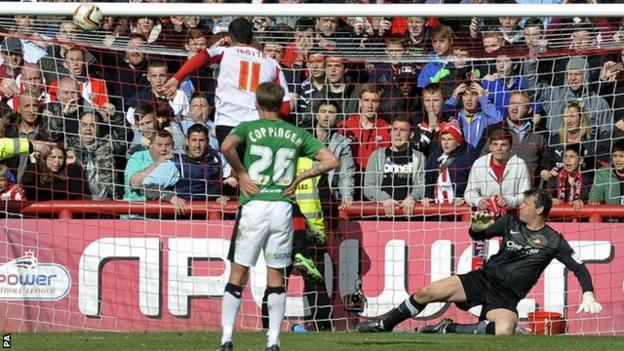 "As Rovers fans, we've been spoiled in the last 10 years - four promotions, a trip to Wembley, the Johnstone's Paint Trophy and taking Arsenal to the brink in the Carling Cup quarter-finals.

"All a long way from the bleak days under Ken Richardson's stewardship of the club when we had something like five managers in a season, losing games 8-0 and had 700-odd people in the crowd. And let's not forget last year's disastrous "experiment" season which ended with relegation from the Championship.

"But it's doubtful that the final scenes witnessed by the 12,300 people packed into the Griffin Park on Saturday will ever happen again in professional football.

"It was 0-0 after normal time and the board showed there would be five minutes of stoppage time. There were howls from the Rovers fans, but the job was nearly done. Just a few more seconds and the point that was needed would be secured.

"Then it happened. A penalty was given - even now I struggle to see what for. A deathly silence descended on the away end. Grown men turned away, tears flowed - so close and yet so far. We were going to have the prize snatched away right at the death in the most heartbreaking fashion imaginable.

"We'd resigned ourselves to the inevitable. Whoever was taking it - we couldn't see and couldn't care who it was - would shatter our dreams. Time just seemed to stop.

"Then that 'thwack' as the ball hit the crossbar and bounced out. The away end erupted. Complete strangers hugged, danced, shouted and screamed. The ball was hoofed away to Paynter. Most thought he'd probably take it into the corner and play for time, but maybe he knew the trophy was still there for the taking.

"When his cross found Coppinger, it's difficult to even recall what happened next - pandemonium, passion and unbridled joy are about as good as you'll get from me.

"Agony to ecstasy in about 17 seconds. Real 'Roy of the Rovers' stuff. Pick your cliche, they still don't quite capture that "I was there" moment.

"Twenty-four hours on and I'm still grinning ear to ear and reliving every magical moment in my head. Stick your Aguero, Solskjaer and Glass moments, it's doubtful that anything will ever come close to capturing the pain and passion of football in a nutshell like the events at Griffin Park." 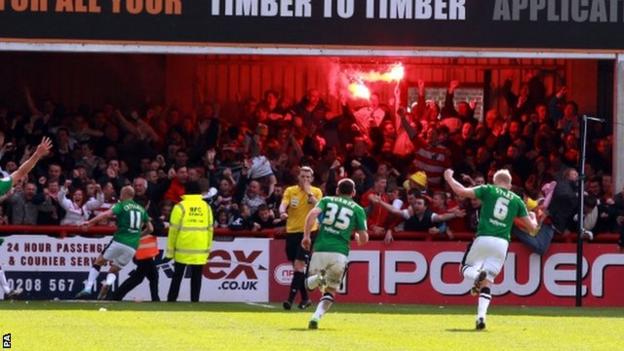 "I'm speechless. We have to look at it as a group. 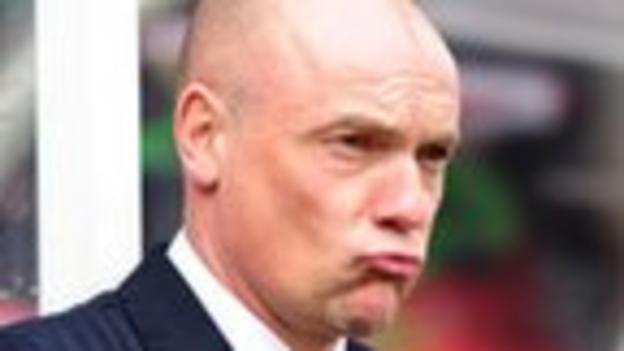 "Everybody knew I had selected Kevin O'Connor to take the penalty.

"As a whole group, out there, we have to make sure that message is followed."

"There's one word for that minute: 'crazy'. 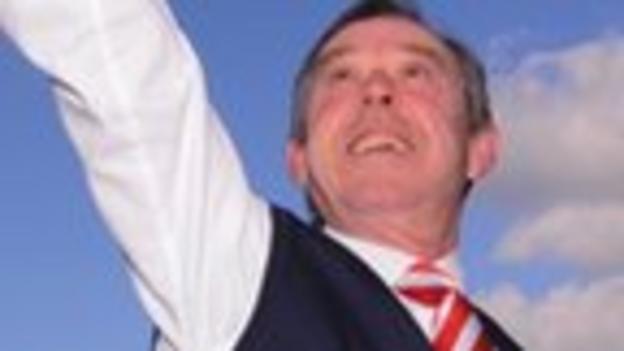 "That's the way football is sometimes; the unexpected can happen and that certainly happened.

"It was frantic and frenzied and played at a hundred miles an hour because of the occasion but we battled through and it came right at the end.

"When the penalty was awarded I just thought 'here comes the play-offs' and then within a minute we are champions. You can't write them sort of headlines." 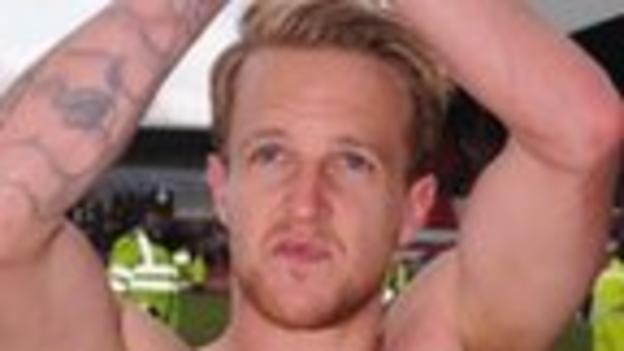 "For Marcello Trotta to miss, and then I realised Billy Paynter was by himself, I got on my bike and caught up with him so I could tap the ball in.

"We went back to Doncaster last night, and to share it with the fans, it was a hero's welcome. It was fantastic for them, you could not write that kind of finish.

"Mentally, I do not know how Brentford will get on in the play-offs. Hopefully, they will use it as a stepping stone to get into the play-off final." 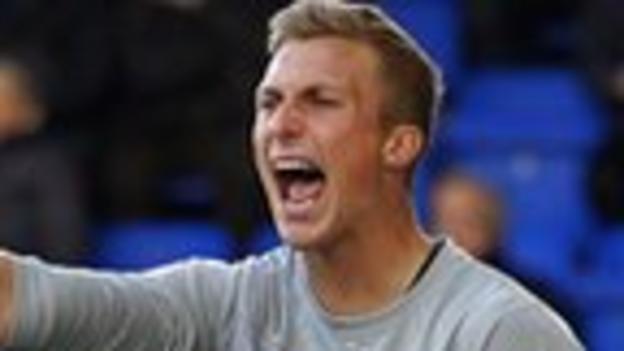 "Thanks for the support as always. Time to dust ourselves off and focus on the play-offs." 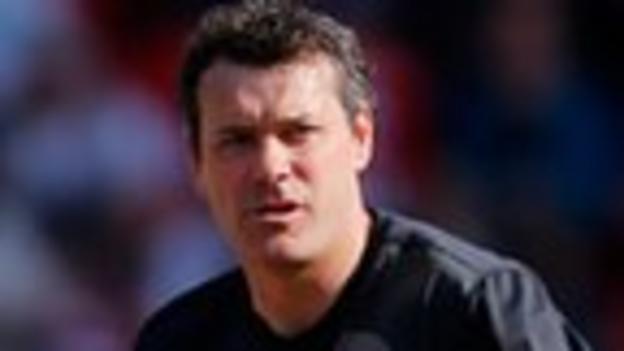 "The drama was unbelievable.

"We had done fantastically well for 93 and a half minutes. Then there was the penalty and then [the events] right at the death - you couldn't write it."