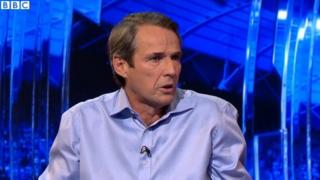 The incident happened in the second half of Liverpool's 2-2 draw against Chelsea at Anfield on Sunday, with Hansen describing the incident as "horrific for Liverpool Football Club".

Suarez is currently the Premier League's top scorer with 23 goals, and has just been named on a shortlist of six for the Professional Footballers' Association Player of the Year Award.